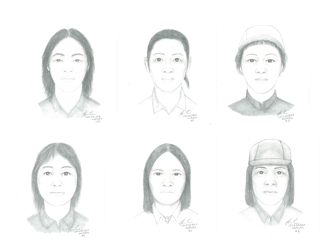 Three women have been arrested and charged in connection with a scam targeting older Chinese women in San Francisco and other major cities around the U.S. in the past few months, police and prosecutors announced at a news conference today.

Lirong Lin, 57, Caiqiong Chen, 43, and Huifei Lin, 42, were arrested and charged with multiple counts of grand theft, extortion and elder financial abuse. Lirong and Huifei Lin are also being held on out of state warrants, according to police.

The scams took place all around the city, mostly in March of this year, and targeted mostly older Chinese women who were approached on the street and told they were plagued by evil spirits, police said.

The suspects would convince victims that a “purification” ceremony was needed to get rid of the evil spirits and tell them to bring all of their jewelry and money to be purified.

The suspects would then place the items in a bag and, when the victim was not looking, would take the items out of the bag and tell the victim not to look in the bag for several days or else the purification would not work.

At least 25 victims fell for the scam around the city, losing hundreds of thousands of dollars worth of cash and jewelry, police Chief Greg Suhr said.

The suspects, who also allegedly targeted victims in other major cities such as New York City and Boston, were identified by New York police and were caught on May 10 as they were getting ready to board a plane from San Francisco International Airport to Hong Kong, Suhr said.

The women had tens of thousands of dollars in cash and property in their luggage, police said.

Two other women who were with the suspects, Feiyan Wu, 45, and Qinying Ke, 47, were also arrested on out-of-state warrants at the airport while a sixth woman was detained but later released.

Suhr said the arrests “have tremendously impacted this organized crime ring” and said he hoped more victims will come forward or be aware of suspects trying a similar scam.

“If the deal seems too good to be true, or there’s pressure put on you that something has to happen right now with your property or finances … there’s something wrong with that,” he said.

District Attorney George Gascon called the case “a classic bait and switch scam” and said it highlighted the issue of elder abuse, which he called “a real problem in our community.”

Thirteen of the 25 victims identified so far are elderly, defined by police as age 65 or older.

Huifei Lin, Caiqiong Chen and Lirong Lin were arraigned on various charges on Tuesday and pleaded not guilty.

Huifei Lin faces four counts of grand theft, five counts of extortion, three counts of defrauding an elder and one count each of robbery and causing injury to an elder, all felonies, and is being held on $740,000, prosecutors said.

Caiqiong Chen and Lirong Lin have each been charged with seven felonies–three counts of grand theft, three counts of extortion and a count of defrauding an elder. They are each being held in lieu of $495,000 bail apiece, according to the district attorney’s office.

The trio is scheduled to return to court on June 14 to set a preliminary hearing date.
Anyone who may have been a victim of the scam is encouraged to call Inspectors Kim Lewis or Julie Yee of the Police Department’s financial crimes unit at (415) 553-1521.

Police have also established a tip line to provide information in Cantonese at (415) 553-9212.