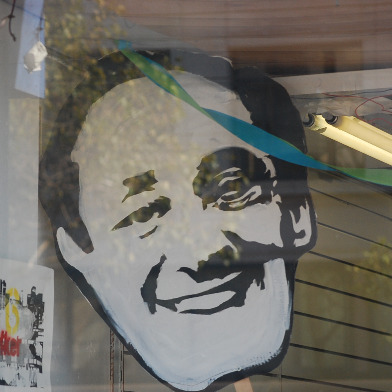 The San Francisco Board of Supervisors passed a resolution today urging the U.S. Navy to name a ship after slain Supervisor Harvey Milk.

The board voted 9-2 in favor of the proposal, which came from U.S. Rep. Bob Filner, D-San Diego, the ranking Democrat on the House Armed Services Committee, who made the request to Secretary of the Navy Ray Mabus.

Milk, the first openly gay man to be elected to public office in the state, was assassinated along with Mayor George Moscone by former Supervisor Dan White in City Hall in 1978.

Along with his legislative achievements, Milk also served as a naval officer in the Korean War, according to Supervisor Scott Wiener, who sponsored the board’s resolution in favor of Filner’s proposal.

Milk was “proud of his military service,” which was “an important aspect of his life” although he later spoke out against the war in Vietnam, Wiener said at today’s meeting.

He said the christening of a ship in Milk’s honor would be particularly fitting in the wake of the military’s overturning of its “don’t ask, don’t tell” policy regarding openly gay or lesbian people to serve.

“Now our community can serve openly and proudly.”

Wiener is one of three current LGBT supervisors in San Francisco and another member of that group, Christina Olague, was one of the two dissenting votes on the resolution.

Olague said the decision to vote no “was challenging for me because so many people I respect in the community are in favor” of the proposal.

However, she said she believed “there are more appropriate ways to honor someone who in the last days of their life opposed war.”

David Campos, the third LGBT member of the current board, said he was conflicted about the legislation for similar reasons but ultimately voted for it.

“Having the symbolism of the ship being named after him would mean a lot” to LGBT military members currently serving, Campos said, adding that the Navy could possibly associate Milk’s name with a supply ship or another kind of vessel not involved in violent activities.

The board ultimately approved the resolution with Supervisor Jane Kim providing the other dissenting vote.

Wiener noted that the board’s approval of the resolution comes on his 82nd birthday and that the state Legislature has designated every May 22 as “Harvey Milk Day.”