Appealing Events: Catch the Solar Eclipse In Locations Across SF 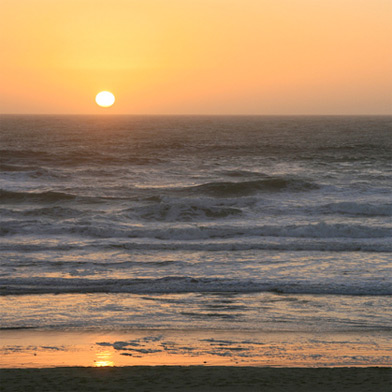 It’s been 18 years since the US has had the opportunity to take in a solar eclipse and this Sunday marks an annular one. Those in the Bay Area can see up to 84% of the eclipse and at a beautiful location. The National Parks Service is encouraging those interested in viewing the eclipse to check it out at Golden Gate National Parks.

The partial eclipse, which shows the moon passing in front of the sun’s disk to create a “ring of fire” effect, starts at 5:16pm and peaks at 6:33pm, leaving only a glowing crescent-shaped sliver of the sun still available. Because the eclipse is only partial, NPS warns those watching to use special solar glasses and solar filters on their cameras so as not to damage their eyes or digital chips.

In general, an unobstructed, west-facing view near the coast is best for viewing this partial eclipse. If fog gets in the way, just move higher; NPS suggests Hawk Hill, Dias Ridge, Ft. Funston, and Mori Point.

In addition, NPS, in partnership with the California Academy of Science, is offering a free program to the public at the new Lands End Lookout. Look for a ranger on the walkway of the ocean side of the visitor’s center between 5:30pm and 7:30pm.

Headed across the bay to Marin? NPS staff and volunteers have got you covered on Slacker Hill, with an interpretive program and photography tips from 5pm to 7pm.