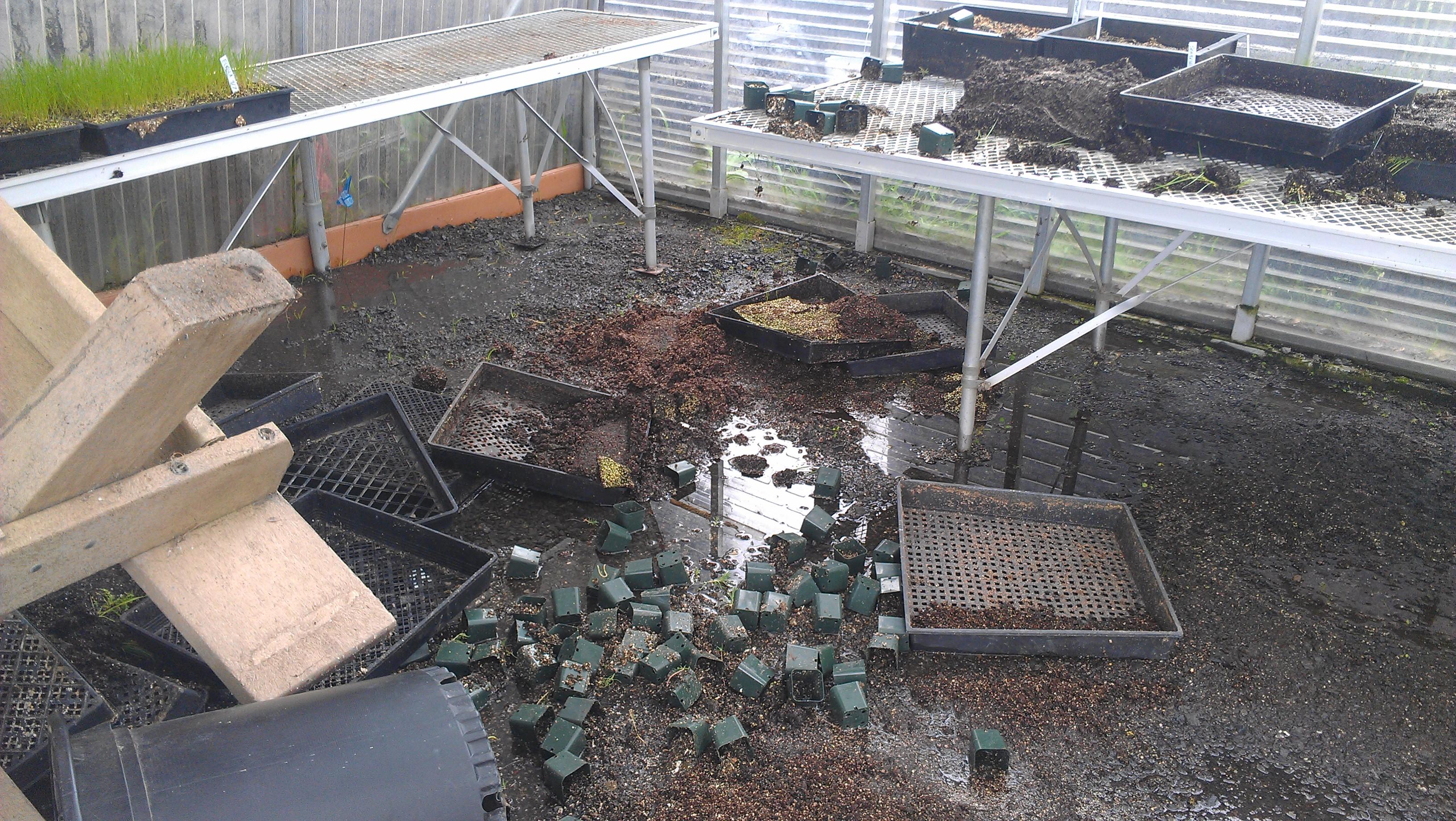 A nonprofit native plant nursery in Candlestick Point State Recreation Area that was vandalized last weekend has seen an outpouring of community support, including offers to replace some of the thousands of plants that were destroyed.

“It’s been uplifting to see all the support and see that people care what we are doing,” Rump said.

The vandals overturned as many as 5,000 plants, smashed garden tools and nursery tables, damaged community garden beds and wrecked a toilet and sink.

The cost of the damage was estimated at around $15,000, according to Rump, but perhaps more painful was the loss of months of work by volunteers. Literacy for Environmental Justice works with State Parks to grow native San Francisco plants, which can then be planted locally.

Many of the plants destroyed were slated to be part of the Yosemite Slough Wetlands Restoration project, according to Rump.

Since news of the vandalism broke, Rump said the nursery has been contacted by organizations including PG&E and the State Parks Foundation.

Students from City College of San Francisco’s sustainability program and members of the Wilderness, Arts and Literacy Collaborative have volunteered and the nonprofit Save the Bay has offered to help replace some of the lost plants.

More help is still needed, though, and volunteers are welcome. The group is hoping to raise funds to get a new fence to improve security, and as it moves into June and July the nursery expects to have thousands of seedlings requiring transplanting.

On May 5, Literacy for Environmental Justice has organized a volunteer day from 10 a.m. to 1 p.m. to ramp up efforts to get the nursery back on track.

Anyone interested in volunteering with the Candlestick Point park can email Patrick Rump at patrick.rump@lejyouth.org.