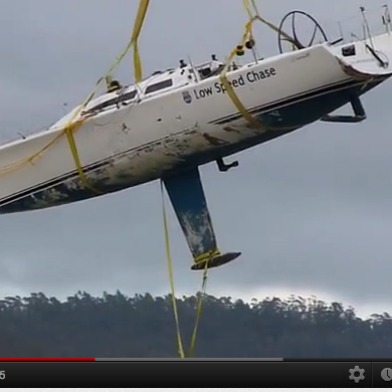 A little more than a week after a boating accident that killed four, San Francisco officials have concluded that there was not any evidence of criminal negligence that led to the incident.

Captained by James Bradford, 41, of Chicago, a 38-foot Sydney yacht, Low Speed Chase, was competing in the 2012 Full Crew Farallones Race Saturday April 14 when it met with large waves near one of the Farallon Islands around 3 p.m., Coast Guard Petty Officer Levi Read said.

The boat was tossed by the waves, sending multiple crewmembers into the water and the yacht into the rocks.

Bradford and two crew members – identified by yacht club officials as Tiburon resident Brian Chong and Nick Vos of Sonoma – were rescued by the Coast Guard and Air National Guard helicopters and boats shortly after the crash.

Belvedere resident Marc Kasanin, 46, was pulled out of the water by rescuers and confirmed dead Saturday, according to the yacht club.

The U.S. Coast Guard and Air National Guard spent more than 30 hours scouring an area of more than 5,000 square miles searching for four other sailors–Alexis Busch of Larkspur, Alan Cahill of Tiburon, 25-year-old Kentfield resident Jordan Fromm and Elmer Morrissey, of Ireland. All four are still missing and are presumed dead.

According to a joint statement sent by the San Francisco Police Department and the District Attorney’s office, “SFPD’s Major Accident and Investigation Team
and the Accident Investigation Bureau has conducted interviews, reviewed
footage and evidence and could not determine any criminal negligence in the
yacht accident.”

“The District Attorney’s Officer reviewed SFPD’s investigative findings and agrees with their conclusion,” said the statement.

Ballard Diving and Salvage crew members flew to the island in an Aris helicopter, prepared the wreckage and hoisted the roughly 15,000-pound vessel to Half Moon Bay by around 7 p.m., Cordell said.