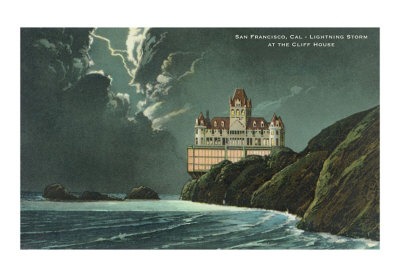 The National Weather Service recorded 750 lightning strikes overnight in the area extending from the North Bay to Monterey County, an unusually high number for one storm, according to meteorologist Chris Stumpf. That total includes strikes that occurred off the coast.

The storm helped increase rainfall for what has generally been a dry year, but totals still remain well below average for this time of year, Stumpf said.

“I know a lot of places are sitting around 60 percent of normal for this time of year, but we’re still nowhere near where we were last year,” Stumpf said. “Last year we were either at or above 100 percent for many places.”

The worst of the storm has passed, but some light showers could still occur today.

“If anything, it’s going to be a brief shower, it’s not going to end the game,” he said.

“Although later in the afternoon we’re going to see some strong winds push through, so it might get breezy toward the end of the game.”

Thursday’s storm caused flight delays, mudslides, minor flooding and power outages around the Bay Area, but much of that is starting to clear up today.

At San Francisco International Airport, 60 flights were canceled on Thursday, including one London-bound United Airlines flight that turned around after it was struck by lightning.

Today there are about half a dozen flights departing about an hour behind schedule as the airport catches up from Thursday night, but most flights are on time, airport duty manager Nancy Parker said.

The storm also caused power outages throughout the Bay Area, but the majority of those have been resolved, according to PG&E.

In Concord, 4,500 customers lost power when a wire went down around 10 p.m. in the 1600 block of Glacier Drive, PG&E spokeswoman Tamar Sarkissian said.

All but around 350 customers had their power restored as of around 10:30 a.m. today, with the rest expected to be restored before the morning was out, Sarkissian said.

“Our crews have been working very hard through the night to restore any outages that remain from this spring storm,” she said.

Perhaps the most dramatic damage caused by the storm occurred in Piedmont, where a mudslide in the Blair Park area reported at 7 a.m. today brought down trees and closed Moraga Avenue.

The California Highway Patrol has also reported some lingering flooding on freeway connector ramps in the Hayward and San Francisco areas.

After a week of rain, the weekend is expected to be clear and breezy, with temperatures increasing into the next week, Stumpf said.