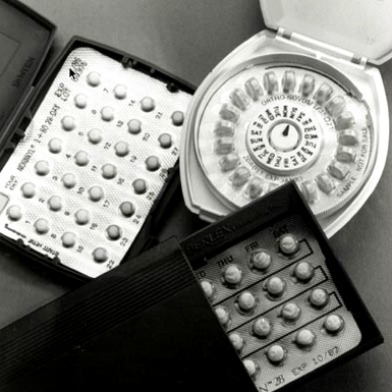 To celebrate Women’s History Month, one Bay Area Congresswoman is calling for an end to what she says in an attack on women’s reproductive health coverage.

The event was preceded by a news conference where Speier and health professionals spoke about the challenges regarding access to contraception.

“I’m here to say the clock is ticking,” Speier said to a crowd of about 60 students who had stopped to listen inside the campus’ student union.

In recent weeks, women’s access to reproductive healthcare has made national headlines as Virginia’s governor signed a law requiring women to have ultrasounds before accessing abortion services and radio pundit Rush Limbaugh attacked women who use contraceptives, calling them derogatory terms regardless of their intentions for obtaining contraceptives.

“This is an unprecedented assault on women’s health and the status of women in this country,” Speier said, noting that Republican presidential hopeful Mitt Romney said while speaking in Missouri Wednesday that he would “get rid of” Planned Parenthood, which provides affordable health care to women, men and teens.

Planned Parenthood itself came under attack when the Susan G. Komen foundation, a leading breast-cancer charity, quietly announced it would no longer fund breast cancer screenings at Planned Parenthood clinics.

Within days of that decision, “Komen felt the wrath of women across this country” who felt they had been stripped of their rights to access health care, Speier said, adding that the reduction of reproductive health care and services such as birth control and abortion services reverses what has been a given for women in this country for the last 50 years.

“That has been the norm, and there is an effort in this country to take that away,” Speier said. “It feels like a battle that we waged more than 50 years ago that is being replayed in front of our eyes.

“Turning back the clock is not an option,” she said.

Kathy Kneer, the president and CEO of Planned Parenthood Affiliates of California, the public policy office of the eight independently incorporated California Planned Parenthood affiliates, said at this morning’s news conference that not providing the health services that women need is tantamount to gender discrimination.

Women manage their fertility from puberty to menopause–“three decades or more,” Kneer said. “If that health care coverage is not part of their health care plan, they are economically discriminated for 30 years and they have to pay out of pocket.”

Lovejeet Aujla, a junior majoring in Political Science at SFSU, said the “conversation went from being about women’s health to being about a woman’s character. We began letting the possession of a packet of pills speak volumes about who a woman is, whether these assumptions were true or not.”

These judgments, Aujla said, make women “second guess whether or not to put their health first.”

Birth control pills are also regularly prescribed to women by doctors to stabilize hormones and treat conditions such as endometriosis and polycystic ovarian syndrome.

Dr. Jeanne Conry, president-elect of the American Congress of Obstetricians and Gynecologists, recalled patients she had seen in the past week whom she had prescribed birth control for similar reasons.

“We cannot have any legislative mandates changing our ability to provide the proper care for women,” Conry said.

In California, over the last decade, maternal mortality has tripled, Conry said, because women are not planning pregnancies and are not healthy when starting a pregnancy.

“Contraception can make the difference between life and death,” she said.