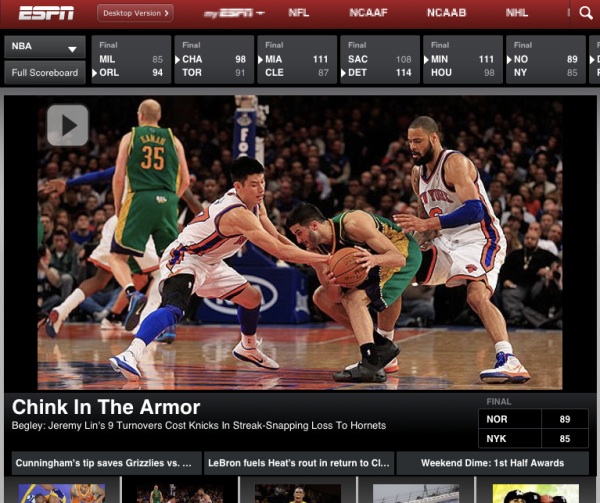 The sports network has apologized for the headline “Chink in the Armor,” which was used in a story about New York Knicks player Jeremy Lin, an Asian American.

Yee, D-San Francisco, compared the incident to racial slurs hurled at Jackie Robinson in 1947 when he became the first black player in major league baseball.

“It is shocking that in 2012, Jeremy Lin’s meteoric rise in the NBA is accompanied by the same offensive comments and slurs,” Yee said. “It is even more disturbing when such racism is promoted by our nation’s leading sports network.”

“ESPN should be ashamed and must do more than just apologize in addressing this unacceptable act,” Yee said.