Semi Takes Down Muni Wires At Market And Van Ness 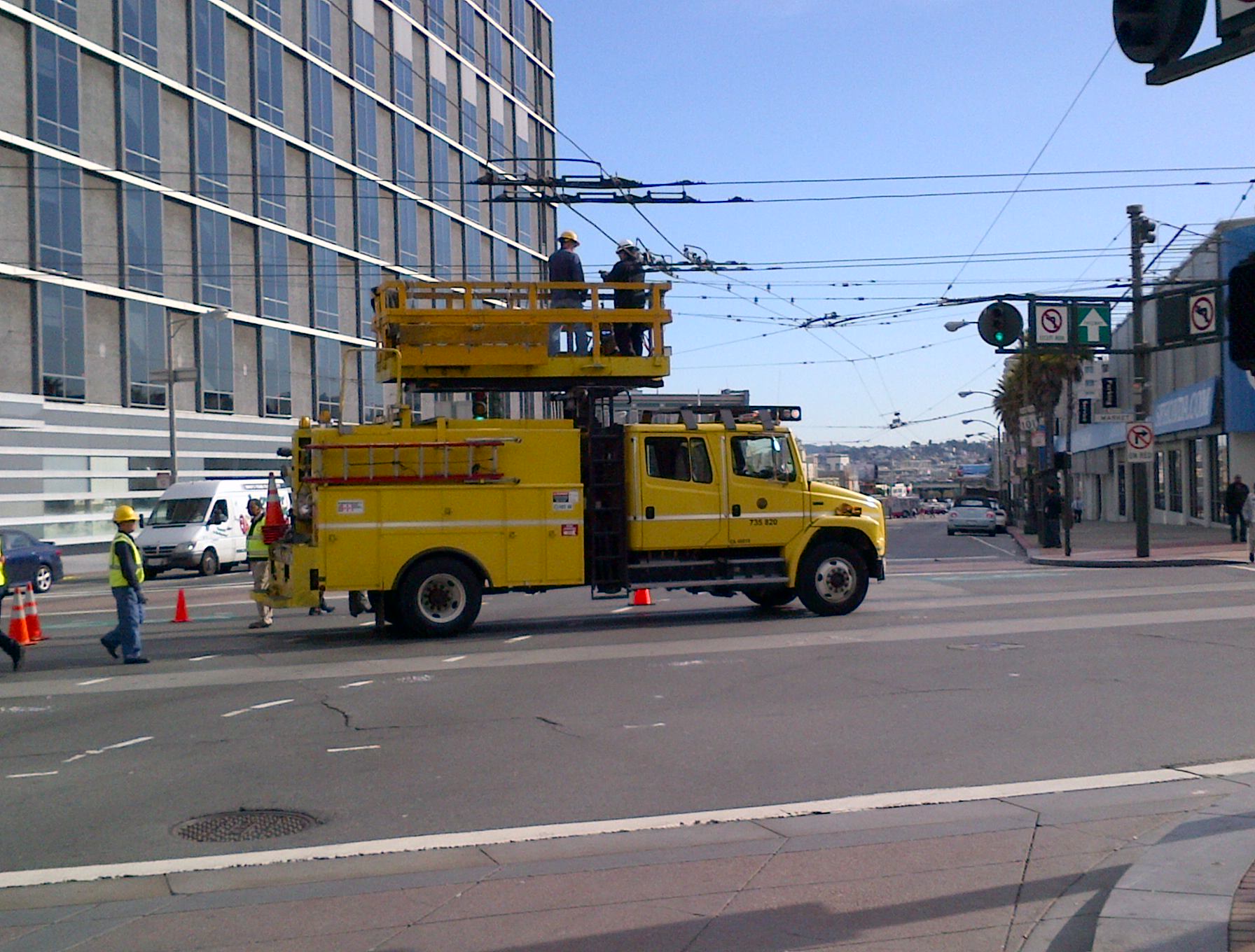 At around the same time, however, overhead lines came down near Muni’s Church station at Church and Market streets and remain down this evening, Rose said.

It is not immediately known what caused the downed wires at Church station, he said.

Repair work is disrupting the K, L and M light-rail lines and shuttle buses are being used in their place between the West Portal and Church stations, Rose said.

The J and N light-rail lines are not affected.

No estimated time was given for when service would be restored but Rose said they are anticipating that repairs will be finished tonight.

The accident happened at about 2 p.m. at Market Street and Van Ness Avenue, Muni spokesman Paul Rose said. No injuries were reported.

As of 2:45 p.m., crews were at the scene making repairs and the intersection was shut down.

The truck, which bore the logo for Carrier Experts, a Rancho Cordova-based trucking company, was parked in the left lane of northbound Van Ness Avenue about a block away. The roof appeared to be stuck in an open position.

Police were directing traffic around the area, and Rose said F-Market streetcars were being turned around at 11th Street and that buses were being rerouted.

The wires were expected to be repaired and streets reopened shortly after 3 p.m.