The Old Clam House may be one of San Francisco’s oldest restaurants, but thanks to a nine-month restoration, it doesn’t look its 150 years. 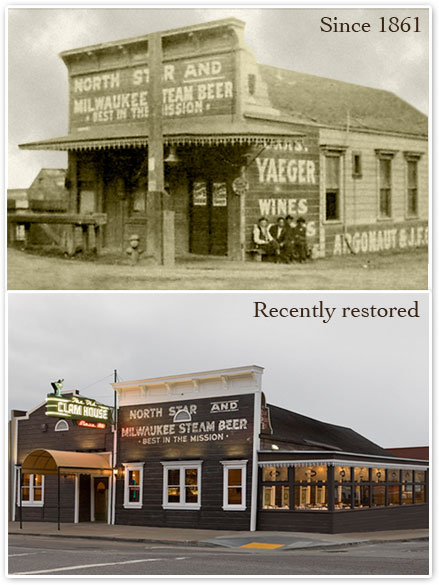 The Old Clam House may be one of San Francisco’s oldest restaurants, but thanks to a nine-month restoration, it doesn’t look its 150 years.

Today, the restaurant is celebrating a century and a half of operation at its Bayshore Boulevard location.

The eatery is the oldest restaurant in the city to operate in its original location, its owners said. The Tadich Grill in the Financial District is 12 years older but has moved several times.

When the restaurant, originally known as the Oakdale Bar, opened its doors in 1861, it boasted a waterfront location near Islais Creek, which was eventually filled with debris after the 1906 earthquake.

The restoration included outfitting the glass-enclosed patio with etched glass panels that were discovered in the restaurant’s attic and lining the dining room and bar with the original ornate tin ceilings.

The anniversary celebration is scheduled to take place from 5:30 p.m. to 8:30 p.m. at the restaurant, located at 299 Bayshore Blvd.