A suspect in a string of violent sexual assaults along San Francisco’s 24th Street corridor was employed as a nutrition services worker for the San Francisco Unified School District, a school district spokeswoman confirmed this evening. 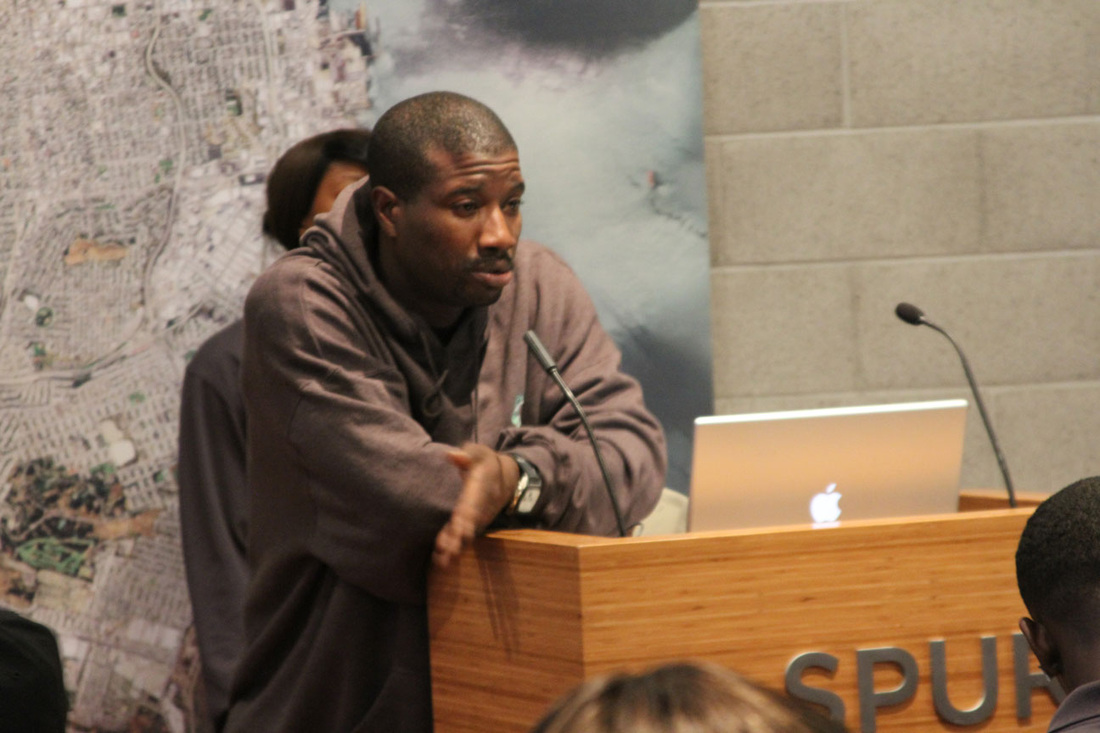 A suspect in a string of violent sexual assaults along San Francisco’s 24th Street corridor was employed as a nutrition services worker for the San Francisco Unified School District, a school district spokeswoman confirmed this evening.

Frederick Dozier, 32, is being charged with numerous felony counts and will make his initial appearance in court on Wednesday, prosecutors said today.

He is suspected of assaulting three women between June and December along 24th Street. In each instance, the victim was violently attacked and robbed, according to police.

Dozier was arrested around 4:30 p.m. Friday near Cesar Chavez Street and Treat Avenue after investigators received an anonymous tip and were able to link him to evidence found at the sites of the assaults, which occurred on June 17, Nov. 18 and Dec. 8, police said.

He was booked into jail on suspicion of attempted murder, assault, robbery, rape and other sexual assault charges.

School district spokeswoman Gentle Blythe said Dozier was a part-time, “as-needed” student nutrition services worker, and that his employment has been terminated. She said he passed a criminal background check when he was hired.

“The criminal assaults with which he is charged have no connection to his duties or responsibilities … and were not directed toward children,” she said.

Dozier also worked at Green Streets, a company that manages recycling and composting, provides janitorial services and educates residents on how to reduce waste.

The company operates at three low-income housing complexes in San Francisco, including Bernal Dwellings on Cesar Chavez, where Dozier was arrested.

The complex is a couple of blocks from 24th Street.

“It’s a real shock to find out about this,” he said.

Mauroff said Dozier sorted trash and performed other tasks as part of the program, and that he isn’t aware of any problems with Dozier while he worked for Green Streets.

Dozier spoke at a launch event for the Green Streets program in May that was attended by then-Supervisor Ross Mirkarimi. He is pictured on the organization’s website standing at a podium at the offices of the San Francisco Planning and Urban Research Association, where the event was held.

On the Green Streets website, Dozier is quoted as saying the company “gives me the opportunity to do something positive, help my environment, and become a role model in my community.”

The attacks all occurred between 3 a.m. and 6:30 a.m. in the area of 24th Street, which runs through the Mission and Noe Valley. The first happened on June 17 near 24th Street and South Van Ness Avenue. A man approached the victim and dragged her about 60 feet to a spot where he robbed and sexually assaulted her.

In the second attack on Nov. 18, a man followed the victim down 24th Street from South Van Ness Avenue to Potrero Avenue and demanded money from her, police said. When she did not give him any money, he took her to another spot nearby where he beat and sexually assaulted her.

In a post on his Facebook page at 5:15 a.m. on Dec. 9, the day after the latest attack, Dozier wrote, “just can’t see how … you can be with someone that you care for that you would do everything for right but you make a fatal move that can make thing (sic) all bad and thing (sic) will never go back to be the same so real about the one you with keep it soild (sic) and be a real a woman or male in the realationship (sic).”

On Dec. 6, two days before the attack, he wrote in a post, “Life can be a struggle because If you are not ready for the world it can beat your ass down to ground and keep you there … So what would you do going get down or lay down that the real question.”

In a post made at 1:48 a.m. on Nov. 18, he gave “2 thumbs up” to fathers who are trying to be “strong influences” in their children’s lives and lauded single mothers.

San Francisco District Attorney’s Office spokesman Omid Talai said prosecutors were filing charges today against Dozier, who is scheduled to be arraigned at 1:30 p.m. Wednesday at the Hall of Justice.

Dozier could face 100 years to life in prison if convicted of the various charges, Talai said.

Dozier has a 2007 conviction in San Mateo County for misdemeanor assault. He was initially charged with misdemeanor domestic violence but the charge was reduced to assault as part of a plea bargain, District Attorney Steve Wagstaffe said.

Dozier was given two years’ probation in that case and ordered to pay a small fine, stay away from the victim and complete 32 hours of anger management classes.

The 24th street attacks drew public outrage and prompted a community meeting that was attended by hundreds of people last month.

“The rape on Fair Oaks and the other rapes have caused huge stress and fear in the community, and it’s a huge relief that the rapist was apprehended,” Wiener said.