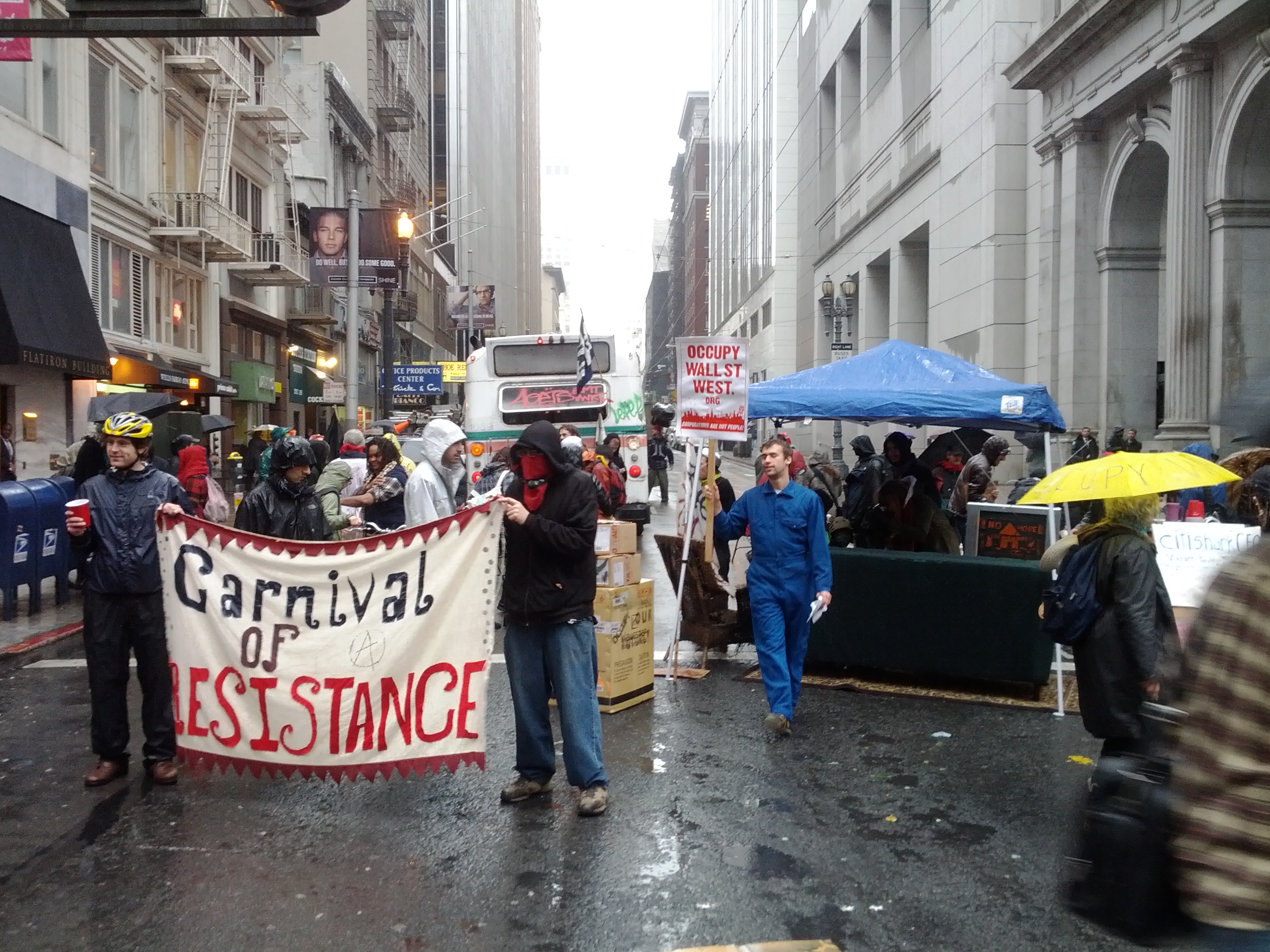 By 11:15 p.m. Friday night, officers were able to control a former hotel taken over by some activists participating in the demonstrations throughout the day, according to San Francisco police.

Hundreds of protesters clad in rain gear marched through downtown San Francisco Friday evening, one of several events in a day of action organized by Occupy San Francisco and other allied groups.

The march kicked off at Justin Herman Plaza at the foot of Market Street around 5 p.m.
Some protesters got into an altercation with officers in riot gear near Van Ness Avenue and Geary Street shortly after 7 p.m.

Roughly a dozen protesters were pepper sprayed by officers during a confrontation with police, protesters said. Protesters also said some officers used physical force against the protesters.

After 10 p.m., police said participants threw furniture at officers from the rooftop of the hotel. Officers considered this a safety issue and moved into the building and told protesters to leave or face arrest, according to police.

Manfredi said today that officers continued to monitor the hotel during the night and that protesters allegedly pulled the fire alarm inside the building.

At that point, three protesters were arrested for trespassing, he said.

Prior to the hotel arrests, police had made 18 arrests in connection with Occupy San Francisco protests that blocked two banks in the city’s Financial District.

Of those arrests, 17 were made for trespassing on private property, while one was for a protester who allegedly grabbed a police officer’s baton, according to police.

The day of action began with protesters chaining themselves to the entrances of Wells Fargo Bank’s corporate headquarters at 420 Montgomery St. early Friday morning.

Then shortly before 9 a.m., protesters also began blocking a nearby Bank of America branch at 345 Montgomery St.

Multiple blocks of California Street and Montgomery Street were blocked for hours Friday by the demonstrations and the ensuing response by police in riot gear.

More than 100 people gathered outside a federal courthouse in San Francisco Friday afternoon to call for an amendment to the U.S. Constitution to overturn the legal doctrine of corporate personhood.

Manfredi said that private security arrived on scene early this morning and took control of the hotel.

“Security was advised that if (there) were any remaining demonstrators that posed a problem, to call the police and we will handle it accordingly,” Manfredi wrote in an email today.