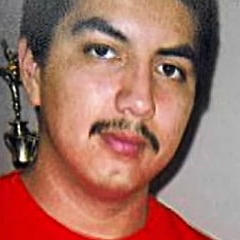 Jury selection began today in the trial of Edwin Ramos, an alleged MS-13 gang member accused of murdering a father and two of his sons in San Francisco’s Excelsior District in 2008.

Prosecutors allege that the shooting was a case of mistaken identity and that Ramos believed that the victims were rival gang members.

Ramos was in court this morning as Judge Charles Haines dismissed potential jurors who said they had hardships that prevented them from serving during the trial, which is expected to last for months.

Defense attorney Marla Zamora said there are about 1,300 people in the juror pool for the case, and prosecutors said it could take a few weeks to select a jury.

“This is a case that brings a lot of emotions,” District Attorney George Gascon told reporters at a briefing in his office today.

Ramos is an illegal immigrant, and the case drew criticism of the city’s sanctuary policy, which barred local authorities from reporting undocumented juvenile offenders to federal immigration agents.

Ramos, an alleged member of the MS-13 gang, had numerous contacts with San Francisco police for drug and violent crimes as a juvenile but was not reported to U.S. Immigration and Customs Enforcement.

The city has changed its policy since the murders. The Bologna also sued the city over the sanctuary policy, although a judge later dismissed the suit.

Gascon today declined to discuss the specifics of the case but said, “I don’t believe that the sanctuary city (policy) caused this case to occur.”

The Bolognas had been driving from a family picnic in Fairfield to their home in the Excelsior when they came upon another car, allegedly driven by Ramos.

A surviving son testified at Ramos’ preliminary hearing in 2009 that he saw Ramos flash a gun from inside the partly opened window of the other car and that Ramos began “mugging” at them before shots were fired.

Ramos admitted to driving the car but said another man inside the vehicle fired the shots.
Two other alleged MS-13 gang members had been wounded in a shooting in the city’s Mission District earlier that day and prosecutors allege the Bolognas were mistaken for rival gang members and shot in retaliation.