Human rights advocates and lawmakers were in San Francisco today to support a state ballot initiative that would impose stricter punishment on human traffickers. 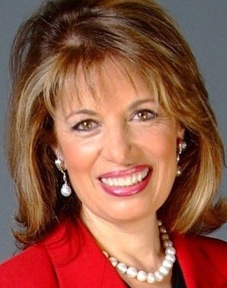 Human rights advocates and lawmakers were in San Francisco today to support a state ballot initiative that would impose stricter punishment on human traffickers.

Rep. Jackie Speier, D-San Francisco/San Mateo, was among the supporters of the Californians Against Sexual Exploitation Act who announced the beginning of a campaign to collect 800,000 signatures to place the initiative on the state’s November 2012 ballot.

“The sexual exploitation of young Americans needs to stop now, not tomorrow or next year when another 100,000 adolescents are forced by pimps to sell their bodies multiple times each night,” Speier said in a statement.

As many as 300,000 American minors are at risk of becoming victims of sex trafficking each year, according to Speier’s office. The average age of minors forced into the sex trade is between 12 and 14 years old.

“I am outraged that so few traffickers are actually prosecuted,” she said.

If approved, the CASE Act would increase the possible prison terms for human traffickers, increase punitive fines and require traffickers to register as sex offenders.

The CASE ACT would also include protective provisions for victims, such as prohibiting the use of a victim’s sexual history to press criminal charges.

“I want to help solve this problem,” Speier said.

Sponsors of the CASE Act–California Against Slavery and Safer California Foundation–have 150 days to gather the necessary signatures to qualify for this year’s election.

The petition to get the CASE Act placed on November’s ballot can be signed online at www.caseact.org.