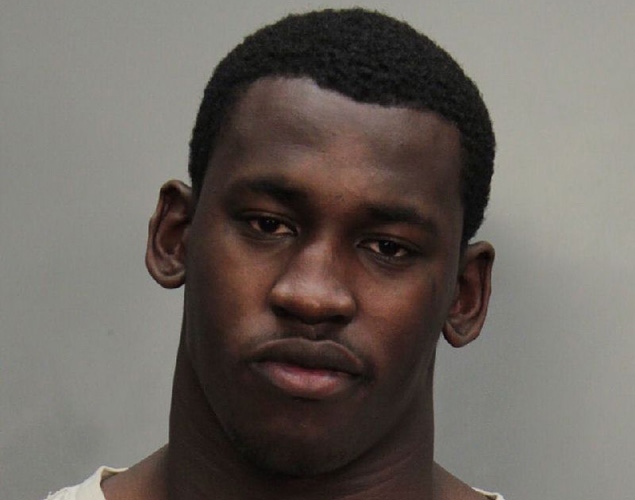 It appears that 49ers defensive end Aldon Smith was taking a page from my depressingly drunk playbook Saturday morning and drowning his post-playoff sorrows with booze. Sadly, Smith showed his rookie side and was arrested and booked into jail on DUI charges that morning.

As the Chron reports, the 22-year-old was booked Saturday morning after, According to the AP, being arrested by Miami Beach police.

According to the Sacramento Bee, Smith was driving a red Mercedes on Miami’s MacArthur Causeway, swerving in and out of lanes and causing other drivers to brake to avoid a collision.

The Bee says Smith was pulled over at 4:33 AM and flunked a field sobriety test, after which he was arrested.

Smith finished a stellar debut season with the 49ers tying for second-most sacks in a rookie season with 14 in the regular season and two in postseason play, while also being named NFL Defensive Player of the Month twice this year. He’s also a candidate for AP’s Defensive Rookie of the Year.

The 49ers released a statement on Smith’s arrest which stated: “We take these issues very seriously, but will reserve further comment at this time, as this is an ongoing legal matter.”

“The 49ers will continue to gather the facts and monitor the developments closely,” the football organization said in the statement.

According to the AP, Smith was released on $1000 bond. Smith is subject to a fine or suspension if he’s found to be in violation of the NFL’s personal conduct policy.