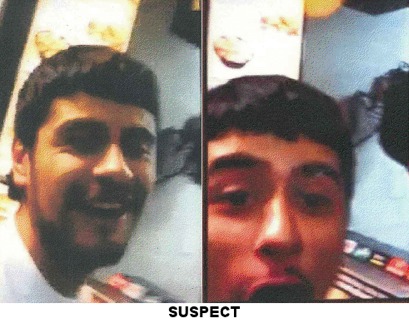 Yesterday, we reported that SFPD was still seeking the rental car used in an intentional hit and run that occurred in the Richmond District early Thanksgiving morning. And yesterday afternoon, SFPD says, the car was found, just one day before its driver is expected to appear in court.

29-year-old Albert Bartal, a a Cal Fire seasonal firefighter and Iraq war veteran. reportedly tussled with 22-year-old Eduardo Shaparo Esquivel at around 3:45 AM at a Richmond District restaurant. After the altercation, Esquivel allegedly intentionally ran Bartal over at a gas station at the intersection of Ninth Avenue and Geary.

Esquivel was arrested late Tuesday night in South San Francisco after a San Francisco police officer identified him from surveillance video and photos from the restaurant released by investigators.

He is currently being held on felony charges for mayhem, attempted murder, assault with a deadly weapon, and assault with great bodily injury, and is expected to make his initial appearance in San Francisco Superior Court this afternoon, prosecutors said.

Investigators found the car, which is registered to a car rental company, at around 4:15 p.m. Thursday near West Point and Middle Point streets in Hunters Point. Police describe as the car as a black 2001 Mazda CX-7 with California license plate 6SYV525.

As they expected, the front end of the vehicle showed signs of damage. It has since been towed to the police impound and is being processed by crime scene investigators.

A relief fund has also been set up for Bartal, who remains in San Francisco General with life-threatening injuries. Those interested in making donations may make them to account No. 1379608 at the SF Police Credit Union at 2550 Irving St, 94122.

Bartal’s mother, Patricia Bartal, released a statement Wednesday saying she was “relieved to learn that a suspect has been apprehended” in the case.

She said her son is “a kind, thoughtful, hard-working man” who has “a long road ahead” in his recovery.