On the Road: Ty Segall, Cloud Nothings, Social Distortion and Others 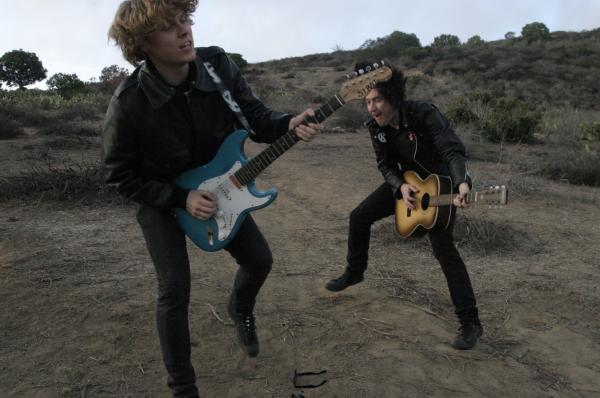 The listening population tends to characterize Ty Segall’s music as “garage”, and a glance at his myspace reveals that Segall himself endorses the label. Singing behind a mop of stringy blond locks and a whole lot of pedal-produced scuzz, this homegrown flannel-rocker admittedly does fit the bill.

On a rhetorical level, though, the term sells Segall short, implying a condition of confinement – both literal and artistic. “Garage rock” evokes the stoner neighbor kid, channeling his undirected (or lazily directed) adolescent angst through amateurish, tail-chasing power chords. Typically, it’s an ear-sore.

This hardly describes Segall’s recorded work. His most recent LP, Goodbye Bread, is as tightly written, catchy, and technically impressive as any recent rock release. The titular album-opener, for instance, produces maximum effect without aid of production pyrotechnics – all it takes is a memorable, Valium-hued chorus dotting a general incline toward an expressive, bluesy guitar solo for the track to accomplish its admirable, if humble goal.

Segall’s tunes at times recall slacker-folk of the Violent Femmes variety (“My Head Explodes“) – and brilliantly, at that – but more often harken to an even earlier era. 70s psychedelic rock, even approaching late-60s Led Zeppelin, has a pronounced and welcome presence (“Comfortable Home (A True Story)”, “Where Your Head Goes.”) Accordingly, the album is littered with killer guitar solos – too rare a treat in a very synth-washed era.

It’s a shame that, in his live performances, Segall amps the “garage” to the extent that he does, kicking the tracks into higher tempo, distortion and volume, and in effect stomping out a great deal of his recorded work’s smaller treasures. That said, a hi-fidelity and nuanced listening experience is not necessarily what concerts are about. For those seeking a cathartic and by all means high-grade ruckus, this could be just the ticket. 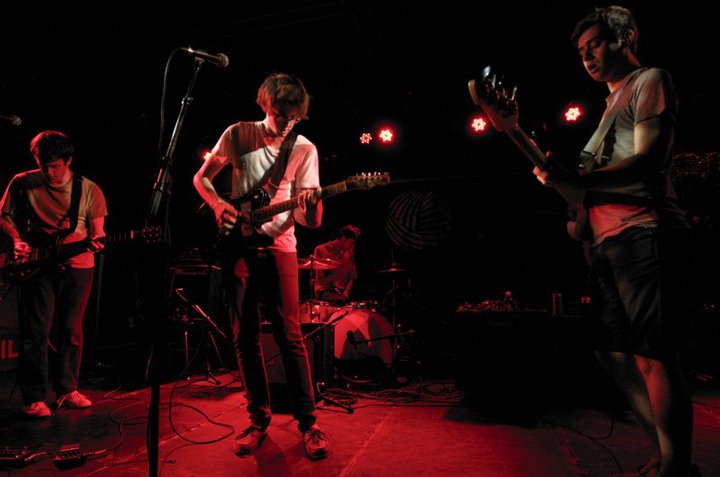 One great song peeked through the otherwise flattening, ultra-lo-fi haze of Cloud Nothings‘ debut EP, Turning On. “Hey Cool Kid” was a delightfully executed lob of sarcasm over a smug nemesis: “Oh you’re such a cool kid/ to hang around/ oh you’re such a cool kid/ really got me down.” This simple chorus, hovering at some remove above the noisy rest of the song, managed to be at once triumphantly caustic and downcast. It signaled promise in the young band.

The Cleveland outfit’s next work, a self-titled LP, found the musicians lowering the lo-fi veil, in effect exposing their blemishes as well as their strengths to exacting clarity. Of the latter, an outstanding pension for power pop-punk was clear, manifested in an array of teenage-cut anthems (“Understand at All“, “Been Through”) on par with the exemplary work of Surfer Blood, currently reigning resurrectors of this genre.

Unfortunately, Cloud Nothings’ adolescent tendencies much too frequently curdle into gross immaturity. With lyrics like “You’re so ugly/ I don’t really understand/ Why you’re famous/ I just know you’re good in bed”, “Not Important” is a grating childlike tirade of Blink-182 proportions (but with none of the endearing, off-color self-deprecation). The rather unexpected ascent of frontman Dylan Baldi’s voice into his higher nasal passages does not help in these cases (though, to be fair, nor does it detract from the album’s better pieces, where it allows for some pretty decent falsetto action).

Cloud Nothings have promised their second LP, Attack on Memory, due this January, to take their sound in new, more grown up directions. There’s reason to believe it: Steve Albini (who has done work for Nirvana, The Pixies) is recording the album, and the band has released this art-noisy teaser, reminiscent of one of Sonic Youth’s instrumental interludes.

One thing is sure – this young band is dynamic, honest and not risk averse. Their new work is cause for excitement, as is a March show.