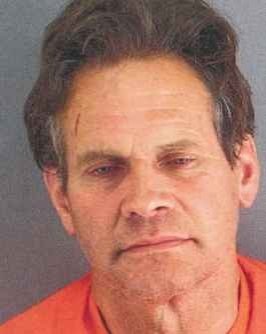 According to a press release from BART, a Noe Valley man was arrested Wednesday morning in connection with a series of copper cable thefts from the transit agency.

At least three recent copper theft incidents had been reported throughout the transit system, BART officials said earlier this week.

“We have had a spike in metal thefts. It’s not new and it’s definitely a safety issue for the people stealing it and for the public when they cut the fences,” said BART Deputy Police Chief Benson Farrow earlier this week.

The copper thief chose an especially dangerous sites to steal the precious metal, since the individual removing the metal may be electrocuted and commuter safety may be jeopardized, Farrow said.

According to BART, their PD officers arrested Dennis McGuire, 52 outside his residence at 4267 24th Street.

He was taken into custody as officers served a search warrant at his home and found evidence of metal theft, including lengths of cable suspected of being stolen from BART.

According to the Chron, police seized a “machete, large bolt-cutters, a tree pruner and gloves” from McGuire’s home.

A small amount of illegal drugs were also found during the search, according to officials.

McGuire was booked on felony theft charges at the San Francisco County Jail.

BART describes McGuire as “a subject with a lengthy criminal history.” According to KRON4, McGuire was arrested in August after allegedly dressing as a utility worker to steal copper wire from a vault near 30th Avenue and California Street, in the Seacliff neighborhood.

He was charged with burglary, grand theft, vandalism and receiving stolen property in that case.

As the price of copper goes up, reports of metal theft also tend to rise, Farrow said last week.

Scrap copper sells for about $3 per pound and much of the scrap copper purchased in the U.S. is exported overseas to Asian countries, said an employee at an Oakland-based scrap metal company.

“The money they pay for metal has increased. The more money they can get, the more brazen they get,” Farrow said of the metal thieves.