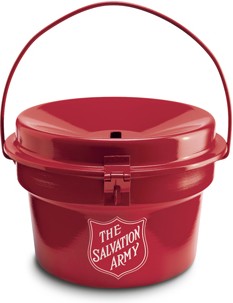 A local bell ringer for the Salvation Army will attempt to set a world record for continuous ringing of a hand bell by a single person, starting this morning in San Francisco.

Marcelino “Butch” Soriano, a Pacifica resident who has done bell ringing as a captain for the Salvation Army for the past 17 years, is one of 24 people around the country who are trying to break the record in order to raise awareness about the nonprofit’s Red Kettle holiday campaign.

The previous record was set last year by Kyle Smith, a Salvation Army captain from Spokane, Wash., who rang a bell for 36 hours with no food or sleep.

The bell ringers must stand the entire time and are not allowed to eat. They can only drink beverages such as water, juice or Gatorade, and can only use the bathroom once every four hours, according to the Salvation Army.

Salvation Army spokeswoman Laine Hendricks said Soriano “has kept his secrets pretty quiet on training, but I know other people have been skipping lunches, and forcing themselves to stay up extra hours.”

In the Red Kettle campaign, more than 25,000 Salvation Army workers and volunteers ring bells daily to solicit spare change from holiday shoppers, who drop money into the organization’s red kettles.

The campaign actually started in San Francisco in 1891.

“It’ll be great to celebrate the 120th anniversary by having someone here in the contest,” Hendricks said.

Soriano was scheduled to begin ringing the bell at 9 a.m. outside the Macy’s store at Union Square, and plans to move north to stand outside the Walgreens at Powell and Sutter streets overnight, Hendricks said.