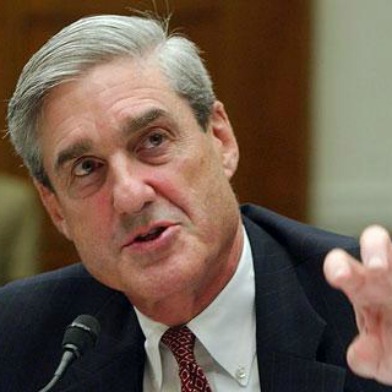 Terrorism, espionage and cyber-attacks are the top priorities of the FBI today, FBI Director Robert Mueller III said during a talk at the Commonwealth Club in San Francisco today.

During the talk Mueller also touched on the recent wave of “Occupy” protests, cyber-attacks on BART over the summer, and the benefits of the Patriot Act.

Illustrating through examples, Mueller said that the three FBI priorities are intertwined, and that in recent years technology has played an ever-increasing role in terrorism and espionage.

When a computer security breach is noticed, Mueller said that it can be difficult to tell immediately whether the attack came from a foreign government, a foreign or domestic criminal organization, or just “a high school student in his room.”

Mueller said cyber-attackers slip in quietly, often without notice. “Much like having termites in your house, by the time you discover them, the damage is done,” he said.

He pointed out to the San Francisco audience a close-to-home example of how disruptive hackers can be: when in a wave of protests reacting to the BART officer-involved shooting of a homeless man in July, hackers from the protest group “Anonymous” stole personal information from a BART website and posted it to the Internet.

He said that the FBI must make sure that it has the tools to effectively combat cyber attacks, and said that legislation allowing the FBI to intercept electronic communication was out-of-date, having not been updated since 1994.

Because of this, he said, the FBI is not able to intercept communications from social networking conduits as quickly as may be necessary to gather information to prevent attacks.

“Change is a constant in today’s world and we must prepare for it,” he said.

Mueller experienced firsthand how rapidly the world can change, as he was appointed as the FBI chief only one week before the Sept. 11 attacks.

“I could barely find my office on Sept. 11,” Mueller joked. He said that when the attacks happened, the FBI instinctively kicked into the most extensive investigation in the bureau’s history.

“It ran exceptionally smoothly,” he said.

But in light of the Sept. 11 attacks, changes needed to be made to the way the FBI interacted with a changing world, and needed to refocus its priorities.

Rather than focusing exclusively on criminal investigations, the lines between national security and domestic law enforcement were suddenly blurred.

He said one great benefit of the controversial Patriot Act was that it broke down the walls between the FBI and the CIA for dealing with terrorist attacks and cyber-attacks.

“We have to work very closely on any of these threats,” Mueller said.

But since then the landscape has shifted even more, and in the last four or five years, he said, even the recruitment methods of foreign terrorists has altered considerably.

Following Sept. 11, he said, the main threat of recruitment to Al Qaeda or similar terrorist organizations was through people traveling to countries like Pakistan or Yemen to join cells and receive training in executing terrorist attacks.

More recently, however, he said that prospective terrorists can educate themselves in terrorist ideology and tactics exclusively over the Internet, and may act individually rather than as part of a terrorist network.

Another challenge faced by the FBI in recent years has been a wave of white collar crime centered in financial fraud, which he said has been a main priority of the FBI since the Enron and WorldCom scandals in 2001 and 2002.

Issues of accounting fraud have grown even more pronounced since the collapse of mortgage-backed securities in 2008, and Mueller said that there are close to 3000 mortgage fraud investigations in the country now.

“We will continue to get through these series of cases,” he said, adding that an another four to five years he “guarantees” another wave of similar crimes, and that he hopes to keep the FBI aware of potential similar scandals before they get going.

Mueller was more hesitant to talk about a recent backlash to these kinds of crimes, the wave of Occupy protests that have swept hundreds of cities across the nation in recent months, and loomed particularly large in the Bay Area, when Occupy Oakland grabbed international headlines.

Many attendees of the talk were eager to ask the FBI director about the Occupy protests, but at the mention of the word, Mueller promised he would duck the question.

He did say, however, that the protests walk a fine line between protecting First Amendment rights to free speech and the rights of others to use public spaces that the Occupy protesters take over as part of their tactic.

“I’m not going to get too deep in these waters,” Mueller said, adding that dealing with the Occupy demonstrations has largely been up to local law enforcement, and has been working out differently in different cities.

Despite Mueller’s reluctance to discuss the ongoing protests, Occupy and other protests continued to make headlines in the Bay Area today.

On Wednesday, 95 Occupy SF and Occupy Cal protesters were arrested after they occupied a Bank of America branch just blocks away from where Mueller spoke today. Today, several cities held rallies and marches in solidarity with a day of action planned by Occupy Wall Street.

About a dozen protesters even showed up outside the Commonwealth Club’s front door.

The American Civil Liberties Union, the Asian Law Caucus and the Council on American-Islamic Relations sent a joint letter to Mueller prior to his arrival, demanding Mueller answer questions on alleged racial profiling in FBI practices, and the relationship between the FBI and local law enforcement agencies through the Joint Terrorism Task Force.

Mueller, however, only briefly addressed the topic of civil liberties, saying that it was important to protect the safety of the American people while staying within the rule of law and protecting civil liberties.

When asked how citizens could hold government officials accountable for their civil rights, Mueller said that elected representatives were performing that function.

“I’ll tell you that Congress is not shy of exercising its oversight of FBI and government agencies,” Mueller said.