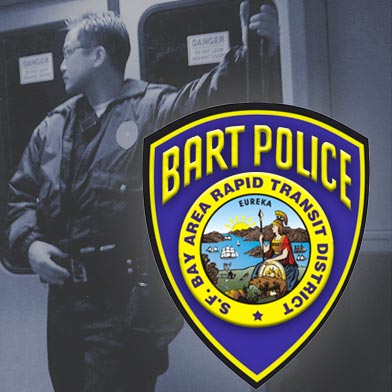 The BART Police Department announced Wednesday that it would be more vigilant at the downtown stations, where large numbers of shoppers are expected.

More BART police will also be riding trains and patrolling BART parking lots in an effort to thwart holiday-related crime, according to the agency.

“Holiday crime knows no boundaries,” BART Police Chief Kenton Rainey said in a statement this week. “It can happen in a mall, a movie theater or on public transit.”

Riders are reminded to be cautions and report any suspicious activity observed on the system by calling BART police at (510) 464-7000.

“As always, we ask the public to be aware of their surroundings while traveling on the system,” Rainey said.

To help reduce the risk of crime, passengers are advised to avoid carrying large amounts of cash.

Wallets should be kept secure in zippered compartments of bags or purses, rather than carried in back pockets, and personal electronics–cellphones, iPods, and the like–should be secured, BART advises.

Pickpockets sometimes work in teams, and BART advises that shoppers be wary of someone trying to create a distraction or who bumps into people.