Father, Daughter Accused Of Bilking Widow Out Of More Than $100,000 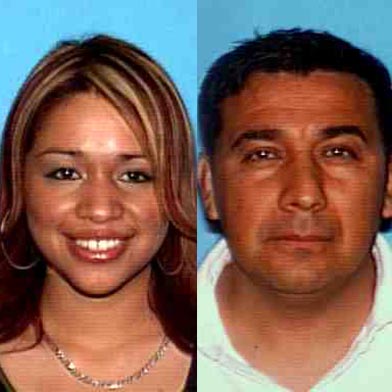 A father and daughter are accused of bilking a widow in San Francisco’s Excelsior District out of more than $100,000 in a real estate scam that another family member is also accused of in a separate case, District Attorney George Gascon said today.

Carlos Parada, 49, and his 26-year-old daughter Karla Parada are accused of tricking a 71-year-old woman who was trying to sell her Lisbon Street home in 2006 to pay for costs related to her husband’s recent death.

When the home went into escrow, Carlos, a licensed real estate agent, inserted false loans that resulted in nearly $100,000 being transferred from the woman to Karla, prosecutor Sandip Patel said.

The woman also invested about $65,000 with Carlos, who offered a return of 17 percent on her investment but then absconded with the money, Patel said.

Carlos was recently arrested while Karla, an Antioch resident, remains outstanding. A third suspect who allegedly facilitated the transfer of the loan, 27-year-old Hayward resident Geovanny Avendano, was also arrested and is scheduled to be arraigned this afternoon.

The case was uncovered after Edwin Parada, Carlos’ brother, was arrested in 2008 for similar crimes, Gascon said.

Edwin is awaiting trial on charges that he scammed about $1.2 million off of more than 30 people looking to buy, sell or refinance homes in San Francisco, according to Gascon.

Publicity around Edwin’s case led to the discovery of the 71-year-old victim, who reported the alleged crime to authorities.

Edwin and Carlos were part of what Gascon called “a crime family.”Both presented themselves as local pastors who offered advice to members of San Francisco’s Hispanic community. Edwin also had a radio program he hosted on real estate and religion.

Gascon said the case involving Carlos and Karla was a combination of a struggling economy and someone being too trusting of their own community members.

“We tend to have greater trust for people we feel are from the same community,” Gascon said, adding that he encouraged people to seek independent counseling on the selling and buying of houses.

“If you’re not paying attention to what’s going into the transaction … you can very easily be defrauded,” he said.

Carlos Parada, who has been charged with several counts including grand theft, elder abuse and money laundering, is scheduled to have a preliminary hearing on the charges on Sept. 26.