On the Road: Girls, Dum Dum Girls and Others

Pruning next month’s concert calendar for the not-to-be-missed.

Some time between Vivian Girls‘ bland sophomore effort and their still more forgettable third, I came to the realization that the whole girl-gang revival was heading toward a clean, quick expiration.

Adding noise can reinvigorate Shangri-Las-inspired tunes for a time, but in the end, any genre that confines its songwriting to teenage-hued longing and relationship woes will probably have a short shelf life.

Around the time of my making this fatal prognosis I came across Dum Dum Girls, whose superficial markings – their name, for one, their being four girls, for another, and then song titles like “Jail LA LA” and “Baby Don’t Go” – suggest yet another instance of the dying trend. Without bothering to give a single listen, I dismissed them as a group that had jumped unforgivably late on a short-lived bandwagon.

This, I learned after finally deigning to listen to their 2011 EP, He Gets Me High, was a grave mistake.

Their debut LP, I Will Be, was in many ways girl-gang revival par excellence. Lo-fi strumming and adolescent themes predominate, as in “Bhang Bhang, I’m a Burnout,” the endlessly catchy “Jail LA LA” and “Blank Girl,” a sweet duet about the singer’s transition “from duck to swan” (under the guidance of a certain boy).

“The first record was basically the first songs I’d ever written,” says frontwoman Dee Dee Penny, “and I was thinking nostalgically about being a teenager.” A not-too ambitious effort operating within the confines of a self-stifling genre, yes, but certainly not deserving of the snubbing I gave it.

He Gets Me High, the 14-minute EP released last march, was an unexpected triumph by comparison – a 1-2-3-4 punch that demands repetition on successively higher volume. The band’s sudden arrival at full-blown maturity is startling: the Shangri-Las are mercifully retired so a wide range of other influences may emerge – The Pretenders (“Wrong Feels Right”), The Smiths (one of the EP’s, well, four highlights is a cover of the immortal “There Is A Light that Never Goes Out”), and various Americana (“Take Care of My Baby.”)

Above all, Penny’s most gorgeous asset, her voice, is given the undiluted space it deserves. This is a band now able to pull its own weight without the support of a pre-digested, decades-old genre device.

Dum Dum Girls’ forthcoming (Sept. 27) full-length, Only In Dreams, promises to be a heavy one. Penny wrote it in the wake of her mother’s death and a relentless few years of touring. The first, devastating, single, “Coming Down,” showcases Penny’s vocal talent more than ever – certainly something to celebrate, and reason to save a spot at this upward-hurtling talent’s show. 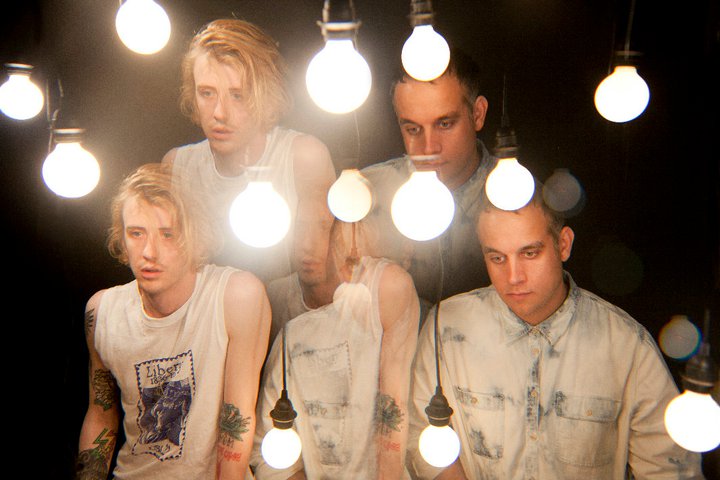 Since emerging more or less out of nowhere with their massively acclaimed Album back in 2009, Girls have been this country’s indie darlings.

Their story – an exceptionally weird one, to be sure (frontman Christopher Owens spent his life in a god-awful traveling cult before escaping to San Francisco) – has certainly helped to fuel their fame, as well as confirm the authenticity behind the band’s lonely-hearts-and-lost-souls image. Could we really believe such a tragic vagrant-cum-poet to have washed up in any city other than this one?

Their music, too, people find refreshingly honest – an overflowing of emotion that could only have come from an outsider (“Lust for Life,” “Heartbreaker”). Old friends like Elvis Costello, Paul McCartney and Brian Wilson come to mind, but Owens feels like something new, too open and uncalculating to be at all derivative.

Confession: I’m not that into them. The albums have their moments – “Lust for Life” has become a road-trip staple, and “Honey Bunny,” the surf-rock opener to Father, Son, Holy Ghost is comparably engaging – but Owens’ wilted introspection and forlorn heartbrokenness (his vocals have been described as “lost dog”) often fails to capture my attention, and at times even approaches monotony.

That said, I won’t write off Father, Son, Holy Ghost‘s potential to grow on me. In fact, with the exception of a few stick-thin downers, this effort seems to have much to offer. The mid-album pair “My Ma” and “Vomit” are both lyrically touching and full-bodied compositions.

In addition to its marvelous buildup of organ and gospel backing vocals, “Vomit” offers one of the more expressive guitar solos in recent memory (also, check out the video for an interesting take on the streets of San Francisco at night).

“Saying I Love You” and “Magic,” in McCartneyesque fashion, charm in spite of themselves. Like so much of Girls’ music, they could be comfortably wedged into so many moments in rock ‘n roll history – almost.

My second and perhaps more indefensible confession is that I have not seen this local outfit perform live – something, I would wager, worth doing in spite of any reservations.