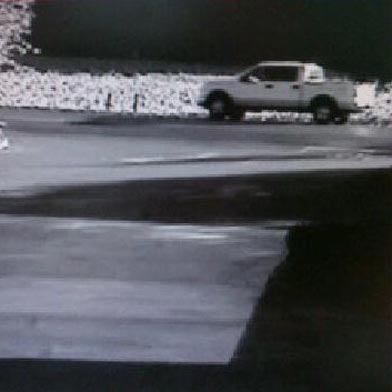 The California Highway Patrol has released more information about the truck investigators believe struck and killed noted San Francisco attorney Donald Casper as he jogged along a rural road in Sonoma County Sunday.

The CHP also released a photograph of the truck taken by a surveillance camera at Korbel Champagne Cellars at 13250 River Road moments before Casper was hit.

The truck is a newer model white Ford F-150 with an extended cab and possibly a gold stripe along the bottom, the CHP said.

Casper, 63, vice president of the San Francisco Civil Service Commission, was jogging along the south edge of eastbound River Road west of Wilshire Drive when he was struck by the truck around 7 p.m.

Emergency responders found him on the shoulder of the road. He was pronounced dead at the scene, the CHP said.

He was a member of the law firm Jacobs, Spotswood & Casper, LLP.

Casper was a fourth-generation San Franciscan and was active in the city’s Columbus Day celebration and the city’s annual Italian Heritage Parade.

Anyone with information about the truck is asked to call CHP detective Mike Phennicie or Sgt. Robert Mota at (707) 588-1400