15 Bay Area Residents Charged With Passport Offenses In Past Year 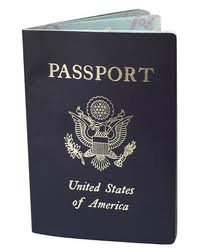 Federal prosecutors announced in San Francisco today that 15 Bay Area residents have been charged with passport fraud in the past year.

U.S. Attorney Melinda Haag said the defendants are among about 200 people charged with various types of passport offenses since prosecutors adopted a zero-tolerance approach in 2007.

The 15 people charged since last July were accused of either possessing a false identification document when applying for a passport, making a false statement on an application, or improperly entering the United States.

Five were convicted and sentenced to prison terms ranging from one to 10 months.
They include Ramon Velez Alvarez, of Pittsburg, sentenced to 10 months, and Jose Luis Gallardo-Rosiles of San Jose, sentenced to six months, in both cases for making a false statement on a passport application.

Five other defendants were convicted and placed on probation, two are awaiting trial and the remaining three are fugitives.

The fugitives include Alberto Alcazar of Milipitas, accused of possessing a false identification document when he applied for a passport. He eluded arrest in July 2010, Haag said.

Rumualdo Hernandez Giar, who is charged with applying for a passport with another person’s birth certificate, evaded arrest in August 2010.

The third fugitive, Erick Jiminez of San Rafael, is accused of applying for a passport using another person’s birth certificate and illegally re-entering the United States. Jiminez eluded arrest in March 2011, Haag said.

The investigations leading to the charges are carried out by the U.S. State Department’s Diplomatic Security Service.