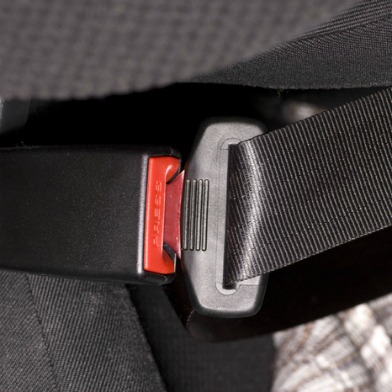 Seatbelts will be installed on all University of California at San Francisco shuttle buses following a crash last week that killed one of its passengers, the school’s chancellor said.

Supervisor Ross Mirkarimi, who represents the area where the crash happened, said that seatbelts, which are not required on the type of shuttle buses used by UCSF, might have saved Mack’s life. He said adding seatbelts is a welcome change.

“It can never come soon enough,” Mirkarimi said. “It’s sad that it’s in light of a tragedy, but it lets us know that we’re saving lives in the future.”

The goal to outfit the entire fleet with seatbelts by August is just one of the changes the university will be implementing to make riding the shuttle buses safer, Chancellor Susan Desmond-Hellmann said.

Following the crash, transportation supervisors conducted one-on-one meetings with shuttle drivers to emphasize safe driving techniques that are included in the UCSF training program, she said.

Riders will soon be able to give feedback through a “How am I driving?” telephone hotline. More information about the hotline, which will be advertised inside and outside shuttles, will be available next month.

The university is also launching a full review of all shuttle operations and asking experts from UCSF, other universities that operate shuttles, and transportation agencies for recommendations.

He approached Assemblyman Tom Ammiano, D-San Francisco, on Monday to discuss the possibility of changes at a state level.

“(Ammiano) is working with us in examining ways we might change state law so we can compel those who use private shuttles to install seatbelts,” Mirkarimi said.

Mirkarimi also introduced a query at the Board of Supervisors meeting Tuesday afternoon asking various departments about the issue of seatbelts on buses.

Those looking to offer their opinions regarding UCSF shuttles can visit http://campuslifeservices.ucsf.edu/transportation/feedback.

On Thursday, UCSF will host a memorial service for Mack at 5 p.m. in Cole Hall, located at 513 Parnassus Ave. on its Parnassus campus.

For people unable to attend, the school will simulcast the service to the San Francisco General Hospital cafeteria and to Room 150 at University of California at Berkeley’s University Hall.

This morning friends and family members gathered at Mack’s funeral mass in St. Agnes Catholic Church, located at 1025 Masonic Ave. in San Francisco. He is survived by his husband and their two children.