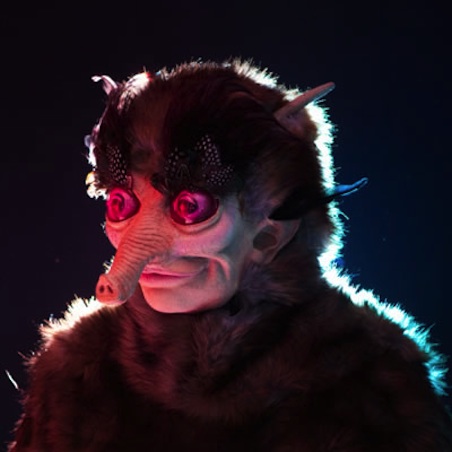 The hype campaign announcing M83‘s upcoming double-album, Hurry Up, We’re Dreaming, has produced a number of troubling statements. In the same breath that synth-genius/M83 backbone Anthony Gonzales describes the work to be “very, very, very epic” and “very orchestrated” – entirely to be expected from the reigning king of European electro-pop hugeness, and what fans and critics have come to adore in him – he cites The Smashing Pumpkins’ massive 1995 Melon Collie and the Infinite Sadness as the model for Hurry Up‘s ambitiousness. Mellon Collie, the Pumpkins’ pretentious final effort by their original members that, with the exception of its shining singles (“Tonight, Tonight”, “1979,” etc.), has aged terribly? As a general rule, I would say, let not Billy Corgan be your role model.

Still more wince-inducing is Gonzales’ encapsulating artistic statement: “I think it is a reflection of my 30 years of being a human being. It’s a compilation of all my previous music together. It’s a retrospective of myself.”

To be sure, introspection and retrospection have stood, proudly, as the defining qualities of M83’s work, producing the über-emotional soundscapes of raw, breathtaking force that set early albums like Dead Cities, Red Seas & Lost Ghosts apart. When 2008’s breakout Saturdays=Youth welded this Limbic concentrate with tighter songwriting, what stands in my view as the definitive exemplar of 80s-resurrection-pop emerged (every subsequent release in this vein has paled in comparison – even the good stuff).

But “a compilation of all my previous music together”? That smacks of artistic hermeticism, born of what appears to be personal self-obsession (“a retrospective of myself”?).

The general impression is one of Gonzales heralding in his 2xLP as though it were a meteorite – talking up its earth-shattering potential without paying mind to the fact that 99% of such behemoths arrive upon earth smoking, but no larger than a Chihuahua’s head.

There are, however, facts about Hurry Up, We’re Dreaming that do inspire confidence (its title is not one of them). Most encouraging is the fact that Gonzales did not labor in artistic solitude.

To the contrary, a roster of highly respected names have played a part: Hurry Up was produced by Justin Meldal-Johnson, who has worked with Beck, Nine Inch Nails and Goldfrapp; crucial Saturdays=Youth vocalist Morgan Kibby and the phenomenal Zola Jesus also appear on the album, along with Medicine’s Brad Laner.

And now, we have our first actual taste of the album by way of the single “Midnight City,” which, for all the reasons enumerated above, I was rather nervous to hear.

To my relief, “Midnight City” is, as a whole, only the mildest of disappointments (keep in mind – it has one of the best pop statements of the decade to live up to), and at times it is excellent. The track begins with otherworldly melodic squeals, gripping in their own right. It is a mere seventeen seconds before the synthesized undercurrent swells, enormously, and a booming drum fill segues the song into – there are few other words apt to describe it – a very, very, very epic chorus.

The composition is comparable to Before the Dawn Heals Us‘ “Don’t Save Us from the Flames” or, still more similar, Saturdays=Youth‘s stellar “Kim and Jessie.” It just doesn’t hang together quite as well. The emotions offered in the verses are abortive, interrupted too soon by huge, impatient choruses. Around the 1:35 minute mark, the vocals multiply into a beautifully arranged minor accompaniment, melodically hinting at what a better, slightly more restrained version of this song might have been – before climaxing once again into a brief, ejaculatory chorus.

Still, “Midnight City” largely achieves what it strives for: a pervasive, hypnotic beauty that immediately announces itself as a product of – it could only be – M83, and a danceability singularly capable of causing West Coast shoegazers and European club kids alike to completely lose their shit. Going off of this sizzling chunk, I would say that the meteorite hurtling toward us is something to keep an eye on, and keep looking forward to – if cautiously.