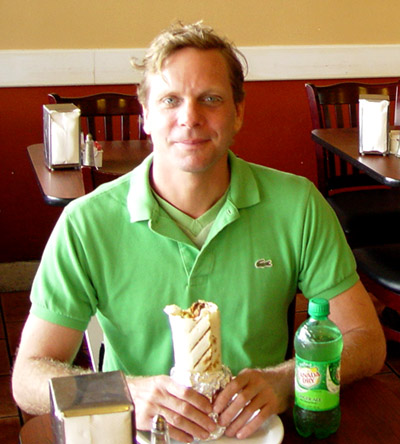 Paying political dues in San Francisco pays off — no matter how much makeup and glitter a man may wear.

Erstwhile political candidate and longtime LGBT/neighborhood activist Glendon Hyde — known as “Anna Conda” in his drag queen persona — is headed to a seat on the Entertainment Commission, after six members of the Board of Supervisors — with Board of Supervisors President David Chiu providing the swing vote — voted to forward Hyde’s name over sitting Entertainment Commissioner D. Gill Sperlein, a local attorney.

Chiu, it was earlier reported, held the key to Hyde’s political future after it was revealed that his Board colleagues were split 5-5 on whether to support Hyde or Sperlein.

There was also contention over whether Hyde, who admittedly has ties to the entertainment industry as a performing drag queen — though one who has not been paid for a performance in several years — truly fit the description of the commission seat in question, which is reserved for a “neighborhood representative.”

Hyde has fans throughout the city’s progressive establishment for a record of activism in LGBT and HIV/AIDS issues, as well as a seriously-run — though losing — effort in last year’s D6 supervisorial race.

Hyde “completely understands” the dealings of the Entertainment Commission, Chiu said. And Hyde’s solid record as an advocate should allay anyone with questions regarding “a perception of competence,” Chiu added.

The truly wonky among us will note that Hyde’s appointment was opposed by former Entertainment Commission member Jim Meko, against whom Hyde ran for District 6 supervisor last fall. Sitting D6 supe Jane Kim was among Hyde’s supporters, as was mayoral candidate John Avalos, who made the necessary Board motion to forward Hyde’s name over Sperlein’s.

Hyde pledged to work “ten times as hard” on the Commission to assuage any opponents’ concerns over his suitability before calling the moment “significant for queer rights.”

“A lot of times people only see you as a drag queen and marginalize you,” said Hyde (who was dressed in a green Izod shirt and khakis for the occasion, for anyone interested).

“This city should be proud for seeing beyond the clothes we wear and seeing the social significance for queer people.”