The Sexual Manifesto: The Post-Modern Take On Tech And Dating 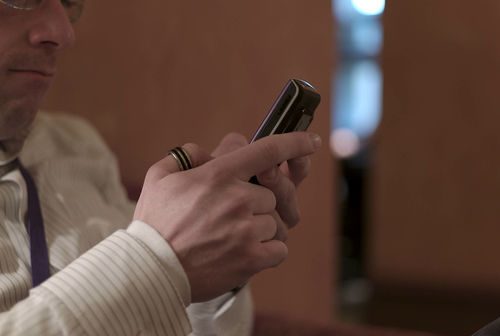 San Franciscans can smell desperation like they can smell the morning buns baking at Tartine before they roll leisurely out of bed to line up for their Sunday brunch victual. Except that desperation is not nearly as warm, inviting, or cinnamon-y. In fact, it smells more like that one particularly rancid area of the stairwell at the end of the Embarcadero BART station.

The odious stench of desperation comes in many forms, but it usually boils down to a too-casual use of technology and communication. If you commit the following faux pas, you may be a desperate single:

True, technology makes it easier to stay connected. Provided that you had a connection in the first place. But if you care about the quasi-relationship you’re about to embark upon, you have to pretend to not care. In other parts of the world, you could call this strategy “playing hard to get,” but in San Francisco, it’s more along the lines of “I’m going to pretend I didn’t see this text on my smartphone I keep next to me during all my waking (and non-waking) hours and eventually I’ll nonchalantly answer it in about three or four days.”

It’s like we’ve gone all post-modern on dating and tech. We’ve acknowledged that yes, we could very well answer your text about drinks on Friday within a couple of seconds, but we’d rather make you wait enough time in crippling self-doubt that we throw off your pube-trimming schedule in anticipation of the anti-climatic “sounds good.” In other words, we’ll friend you on Facebook when we want to friend you. Right after we untag all these unflattering pictures from last night and figure out how to turn off this automatic face recognition thing.

Does absence make the heart grow fonder? We’d certainly like to think so. Seduction is silence–it’s the time you spend apart. Or rather, the time you spend pretending the other person has no impact whatsoever on your weekend plans.

Seduction is not going to wine bars, brownbagging at Dolores Park, strolling through Golden Gate Park, ironically visiting tourist attractions, or buying (and sharing) the kushiest weed with your card. These are all things San Franciscans typically do with their friends, and they are unimpressed by these efforts if all they really care about is ensuring a second touch of your genitals.

In fact, San Francisco is so full of ambitious people, adventurous people, impressive people and smart people that it’s essential to humble them in a well-timed game of radio silence. When two people start casually dating, then begins an unstated game of uncle. This game is both a grab for control of the baby relationship and a projection of I’m a Very Busy Person Who Has Proper Hobbies and Social Life That I Simply Cannot Take a Moment From My Lifestyle to Answer This Personal Email From You. (Anything you can do, I can do busier.)

In a way, it makes sense. People who do cool things are attractive. Have you ever fallen for a chef simply because he makes delicious things with his hands (and you’re also San Franciscan)? Of course you have. When people create worlds around them–through hobbies, through interesting philosophies, through the way they make up their homes–we want to be a part of that world. The fact that we aren’t stokes that desire.

So how do two complete people form a more perfect union? Ultimately, someone has to cave–they cry “uncle” (more likely “Daddy,” or better yet, “Sir”). They reconnect with the other person within an appropriate timeframe. And that timeframe would be…well, who the hell knows? A few days to a week, perhaps. Certainly not a whole month (that’s a shot-in-the-dark booty call, not a second date). But if I really knew the specifics, I’d be writing a column about spicing up your long term relationship, not how to navigate the mercurial waters of dating in the Bay.