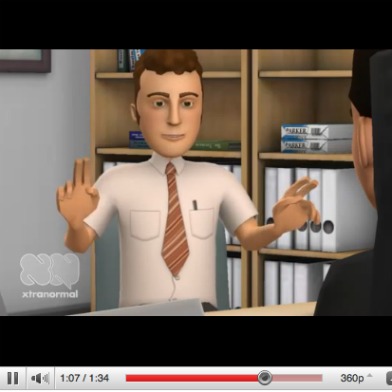 This year, the race for San Francisco mayor has been active on social media — or at least somebody or some group of bodies has been active, using Twitter to create joke/offensive/possibly libelous accounts lambasting their favorite Huey Long figure (mostly just Leland Yee), making those annoying xtranormal videos, and making sure to stir the pot in the desired direction with online comments.

At least one prolific commenter is a volunteer for one of the city’s most prominent political consulting firms, so this got us thinking — is any of this stuff part of official strategy? Voters can’t possibly be swayed by @FakeLelandYee (since pulled down off of Twitter along with @FakeRosePak, since replaced by @NotLelandYee) or — God forbid — what’s written in the Chronicle comments section, can they?

Especially so early in the game. Real voters, as in not political junkies, don’t tune in until September, so whatever jokes about suntan lotion or getting caught stealing are made in June are essentially worthless at the polls.

In fact, no campaign contacted by The Appeal owned up to using social media in any kind of undermining fashion — in fact, one campaign unequivocally stated that they are under instruction *not* to comment or Tweet at all.

“That shit is a waste of time,” one operative said. “That’s time spent you could have been talking to voters.”

Jim Stearns, the consultant for Leland Yee as well as District Attorney candidate Sharmin Bock, said one of his volunteers posts comments on stories in his own free time, and is allowed to do so.

Chris McNeil, a blogger and prolific commenter regarding Stearns clients (and a variety of other topics) on sites including SFGate, SFist (where he was once featured in their “Commenter Blog Spotlight,” and the Appeal under the names “Generic” and “Generic1,” “generously volunteers his time,” Stearns says, with the consultancy.

“Chris McNeil is not a paid staffer…I have not been aware of his comments, nor do I ask him to make any comments,” Stearns says.

“Whatever (McNeil) is doing is absolutely on his own, and he probably did it before and will do it well into the future.” An email to McNeil sent to the address he uses to comment on the Appeal was not responded to by publication time.

“We have worked in SF over the years to make sure that voters know who is paying for paid communications — for example, requiring disclaimers on robo calls which before could be anonymous,” Stearns wrote in an email, before lashing out at the Chronicle for promoting the fake Leland Yee feed on its City Insider blog.

“A vitriolic, negative and anonymous twitter feed is no different, really, than a hit piece without a disclaimer — you don’t know whose paying for it, you don’t know who’s behind it, and it corrupts the public space… I find it indescribably hypocritical that the paper of record in San Francisco would be actively promoting a form of communication that violates the spirit of every campaign law we have aimed at open government and accountability in politics.”

What does work and is above board? Using Facebook to activate a candidate’s base. For example — if someone is a fan of, say, Joanna Rees for mayor, it’s possible that that fan’s 750 other close friends may notice a Rees post and become mobilized.
So there you have it. Online comments and fake Twitter feeds. Not worth campaigns’ time… but definitely not appreciated, if it’s your guy getting cyber-punked.

Other tidbits: some folks we talked to off-the-record thought that the Herrera-Alex Tourk xtranormal videos are not connected to any of the front running campaigns; another said that anonymous online smear campaigns *has* been a campaign tactic in the past for one of the firms handling a frontrunner.

But if there’s a fake Twitter feed and only 77 people see it, or an online comment and only a few hundred junkies see it, there’s no way it’ll impact a general election with hundreds of thousands of voters or anyone’s political career at all.