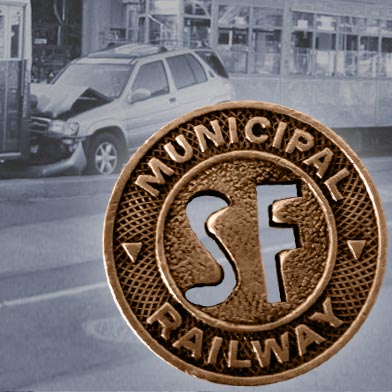 A San Francisco Municipal Railway N-Judah train collided with a truck in the city’s Inner Sunset neighborhood this morning, a Muni spokesman said.

The crash happened at 8:18 a.m. near the intersection of Ninth Avenue and Irving Street, Muni spokesman Paul Rose said.

The truck was making a U-turn when the collision happened, Rose said. (Muni Diaries has a photo of the incident. — EB)

No one was injured in the crash, and the N-Judah train did not sustain any major damage, he said.

The crash disrupted N-Judah service for about 20 minutes while crash was cleared, and regular service resumed by about 8:40 a.m., according to Rose.