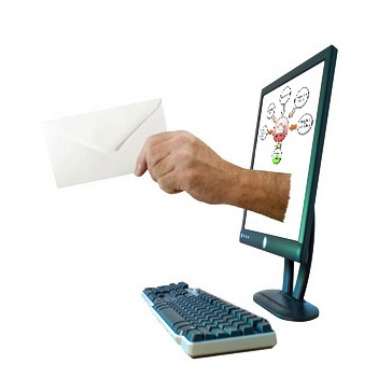 In a major blow to the ego of the Mountain View-based tech giant in the city’s backyard, San Francisco has chosen Microsoft’s Exchange Online system over competing cloud-based systems from Google and IBM to handle the email and calendaring needs of the city’s approximately 23,000 employees. The new software will cost the city slightly over $1 million a year and is expected to be fully integrated across all city computers, which are currently running either a previous version of Microsoft Exchange or IBM’s Lotus Notes, within a year.

City officials felt it was crucial to move their email to a cloud-based system, where messages are stored on a remote server instead of the individual hard drives of each computer and can therefore be accessed from anywhere. Concerns about retaining email access in case of an emergency, such as an earthquake or the rapture, were paramount in sparking the city’s decision to move onto the cloud.

City officials met with representatives from each company competing for the bid; however they didn’t go through the standard competitive bidding process because, as city officials claim, their preference for the Microsoft product was so overwhelming.

John Walton, San Francisco’s Chief Information Officer, said that the city picked the Microsoft product because the Exchange program would allow them to easily add on other features like real-time video conferences and online file sharing, services Microsoft also offers, at a later date.

This decision made the totally not at all in any way evil tech giant to the south more than a little grumpy.

“We’re disappointed we didn’t have an opportunity to compete for San Francisco’s business,” a Google spokesman snarked to the Chronicle. “Through a competitive bid process, the majority of customers choose Google, and the rest get a great deal on their Microsoft license.”

The fight between Google and Microsoft over the email systems of federal, state and local governments has intensified in recent years. While San Francisco’s $1.2 million annual contract is just a drop in the bucket for a company that made over $2 billion in a single quarter last year, Google’s recent bid for Microsoft’s corporate/government email throne is serious business.

Last year, Google sued the Department of the Interior for awarding Microsoft a $59 million contract for their email system while not giving Google a fair shake. The suit alleged that the department wrote their request for bids in a way that favored Microsoft–requiring whatever system the department finally chose to include Microsoft’s Business Productivity Online Suite.

Google, whose legal team was just named the “Best Legal Department” by Corporate Council, came out victorious when a Washington state judge ruled the federal agency had to re-open its bidding process but found no wrongdoing on the part of Microsoft.

While some of Google’s email systems have been a hit with the public, their record with governments has been a bit shakier. A deal the Mountain View company struck to provide a similar service to the city of Los Angeles has come under scrutiny for failing to meet a number of promised benchmarks, such as sufficient security and functionality for the LAPD.

Apparently, the system couldn’t even differentiate between CC and BCC email recipients. Seriously.

Where Microsoft has seemed to come out on top is in its ability to effectively bundle products together in a way that Google seems to have trouble competing with–not that bundling multiple products together hasn’t historically gotten the Redmond-based software giant in trouble.

In a blog post attacking Google, Microsoft Director of Online Services Tom Rizzo argued that most companies using Google cloud-based systems use them in conjunction with Microsoft Office software that could be better integrated into an over-arching Microsoft system.

This isn’t to imply that Microsoft has been uniformly successful. Late last year, Google beat Microsoft to a major contract helping the U.S. General Services Administration become the first federal agency to transfer 100% of its email to the cloud.

As other government agencies make their inevitable moves toward cloud-based email solutions, expect both companies to fight tooth and nail for every last dollar.