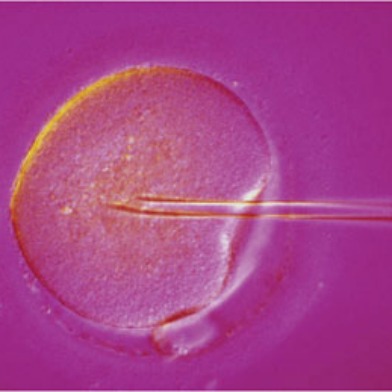 SF-based Salon blogger Tracy Clark-Flory wrote about her experience at a “orgasmic meditation” workshop that focuses on female pleasure. Best opener I’ve seen all week (maybe month?): “Nicole Daedone pulls her long dirty-blond locks into a bun, rolls up the sleeves of her crisp white dress shirt and readies her lube.”

Sad: ABC7 says a health center that offers free mammograms in the Bayview-Hunters Point will lose the funding for its outreach program, all because they missed a grant deadline.

The SF Weekly reports that a UCSF study found that Indian immigrant women are using “reproductive technologies and liberal abortion policies” here in the U.S. to abort female fetuses, due from cultural pressure to bear only male children.

According to Gallup’s annual abortion poll, most Americans want all or most abortions illegal, although more Americans call themselves “pro-choice” than “pro-life.” Which is confusing! Basically, 61% of people said that they wish abortion was legal in only a few circumstances and 37% wish it was legal in all circumstances, but 49% call themselves “pro-choice” rather than the 45% who are “pro-life.”

Conservative website LifeNews took this to mean that many of the pro-lifers surveyed were confused about what they really believe: “The results of the Gallup poll show pro-life groups need to educate Americans on what constitutes a pro-life position — and to encourage them to call themselves pro-life when they want all or almost all abortions made illegal and believe abortion to be a morally wrong decision.”

Surprisingly: Women took a stronger pro-life view than men, and younger Americans were more supportive of making all abortions illegal.

According to the Guttmacher Institute, abortion rates are increasing among poor women (18%), even as they decrease among most other groups.

Kansas legislators approved a ban Friday on insurance companies offering abortion coverage, except when a woman’s life is in danger.

The best (worst) part is that Kansas Rep. Pete DeGraaf said being impregnated during a rape is just like getting a flat tire. I could make fun of this/cry about it for hours but instead I’ll just quote directly from the McPherson Sentinel’s report:

During the House’s debate, Rep. Pete DeGraaf, a Mulvane Republican who supports the bill, told [Bollier]: “We do need to plan ahead, don’t we, in life?”

Bollier asked him, “And so women need to plan ahead for issues that they have no control over with a pregnancy?”

DeGraaf drew groans of protest from some House members when he responded, “I have spare tire on my car.”

“I also have life insurance,” he added. “I have a lot of things that I plan ahead for.”

Louisiana’s legislative committee approved a bill that would ban all abortions in the state.

Senators to GOP: deficit is not an excuse!

Female Democratic senators (and two male ones) called out the GOP for taking out budget cuts on women.

“[T]hey have put one thing above anything else: cutting health care for women,” said Sen. Patty Murray (D-WA). “Last month they almost shut down the entire federal government in an attempt to cut off funding for health care programs for women and girls.”

A woman is chronicling her experience being an egg donor.

Past Lady News installments can be found here, have a Lady News tip for Katie? Email her.