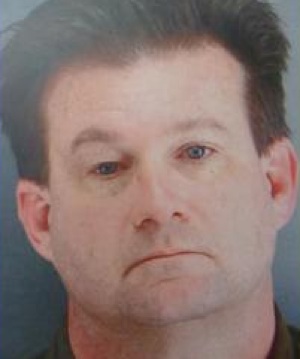 A former California State University, East Bay professor pleaded guilty in federal court in San Francisco Thursday to aggravated sexual abuse of a child after federal investigators discovered he was molesting an infant in Missouri, according to the U.S. Department of Justice.

The ensuing investigation revealed Kyle had been visiting an infant in St. Louis over a six-month period and molesting the child with the mother’s cooperation, prosecutors said.

Kyle was arrested in March 2010 and indicted by a federal grand jury on April 1 of that year. He pleaded guilty Thursday to traveling across state lines to engage in sex acts with a child younger than 12.

After the FBI first made contact with Kyle, the agency contacted San Francisco police, who obtained a search warrant for Kyle’s apartment and found computers with thousands of child pornography images and videos, Haag’s office said.

Kyle was out of the country at the time, so police shared their findings with the U.S. Department of Homeland Security.

When he returned to the country, customs agents found thousands of images of child pornography on a laptop Kyle was carrying, according to Haag’s office.

Evidence on his cellphone suggested he had carried out a sexual relationship with a minor in St. Louis.

A Homeland Security investigator identified the infant and notified St. Louis police, who took the baby from the home and arrested the mother.

A sex offender in Missouri who was actively trading child pornography was also arrested, prosecuted and convicted on Missouri state charges.

The infant’s mother faces state and federal child molestation and pornography charges in California and Missouri.

Kyle will be sentenced Aug. 11 in San Francisco and faces at least 30 years to life in prison, a $250,000 fine, restitution to the victim, and registration as a sex offender, Haag’s office said.