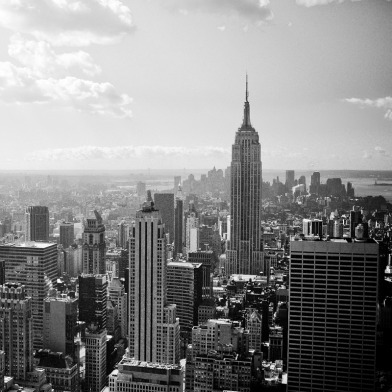 It is said, that in New York, you can pick out an expatriated SFian from 50 feet away, 20 feet with a scope.

There they are on the subway, clutching their stomachs and blubbering like Keanu Reeves in Speed, “SOMEBODY STOP THIS RUNAWAY TRAIN!” Public transportation is supposed to be like the N-Judah, an underground tour bus that stops every few feet to let you appreciate the dark tunnel and wonder about lunch.

There they are thinking that every person who approaches them on the street wants to know if they have a minute for gay rights. And there they are feeling so guilty that they don’t want to share that minute with gay rights that they turn gay on the spot to make up for it, and the German tourist, who just wanted directions to Broadway, is left reeling from the kiss.

There they are accidentally having their first beer after noon on a Saturday and wondering why no one has asked them why they quit drinking.

According to Coyote Ugly, everyone must eventually move to New York and become Graydon Carter.

I promised myself I would cry, and have been waiting for the tears like a friend you’ve been putting off calling, because she moved, finally, inevitably, to New York.

Ramona Emerson is moving to New York. You can continue to stalk her from afar via her blog.