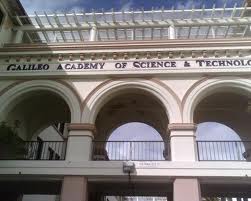 Sure, the Hard Rock Cafe at Fisherman’s Wharf probably seems more like somewhere Beth Spotswood might go for her Tourist Trapped column than where you’d go for an actual meal. But San Francisco’s Galileo High School’s giving you a ready made excuse to scarf down a “Twisted Mac and Cheese” this Tuesday

We suggest you go earlier rather than later — after all, speaking of Beth, her fundraiser for the victims of the recent arsons in the Castro is that same night, from 7-10.

Play your cards right, and you’ll be giving Dede Wilsey a run for her philanthropy money!

What: Galileo’s Birthday & Galileo Academy Fundraiser
When: Tuesday, February 15th from 1pm-9pm
Where: Hard Rock Cafe on Pier 39
Cost: Of course it varies, but 10% of your bill goes to Galileo Academy
Bonus Points For Double Virtuousness: After that, head to The Lookout (3600 16th) and help the Castro arson victims, too!