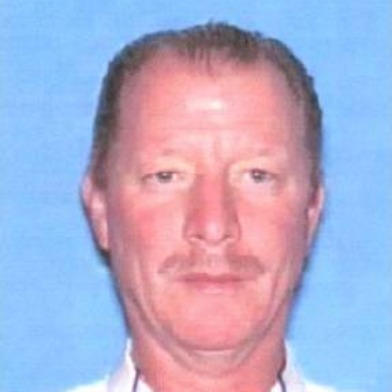 A woman who was found dead in a hotel room in San Francisco’s Marina District on Thursday afternoon was identified today as Colleen Waterman, according to police.

Waterman, 47, of Riverside County, was reported missing on Monday along with her husband Billy, the San Mateo County Sheriff’s Office said.

She was found by an employee in a hotel room in the 1900 block of Lombard Street at about 1 p.m. Thursday, San Francisco police Lt. Lyn Tomioka said. KTVU broadcast has reported that the hotel in question was the Ramada Inn at 1940 Lombard.

Colleen’s death has been deemed suspicious pending the results of an autopsy, Tomioka said.

Deputies found the couple’s car parked and unoccupied on state Highway 1 near Devil’s Slide at about 2:30 p.m. Thursday, Tomioka said.

Tomioka said Billy Waterman, 51, is a person of interest in the death investigation, but that there could be other people also linked to Colleen’s death.

“We haven’t ruled out other people of interest,” she said.

Billy is a white 51-year-old man who is 6 feet tall and weighs 160 pounds. Police said he has blue eyes and red or balding hair.

Anyone with information about Billy Waterman’s location is asked to call the sheriff’s office at (650) 363-4911 or the San Francisco Police Department’s anonymous tip line at (415) 575-4444. Anonymous tipsters can also text a tip to San Francisco police at TIP411.

5:33 AM: After discovering the body of a woman in a hotel room on Lombard Street Thursday afternoon, San Francisco police are now searching for a missing Riverside County man whose car was found in San Mateo County earlier the same day.

Police did not disclose where the body was found, only that the San Francisco medical examiner’s office had ruled the death suspicious. KTVU broadcast is reporting that the body was found at the Ramada Inn on the 1900 block of Lombard.

Pending an autopsy, the woman’s identity and the cause of death have yet to be determined, police said.

Search and rescue crews and other sheriff’s personnel searched the area for Billy and Colleen Waterman, who were reported missing on Monday, the sheriff’s office said. Their car was found at about 2:30 p.m.

Highway 1 was closed in both directions for part of the search but was reopened as of about 9:30 p.m., the California Highway Patrol said.

San Francisco police have identified Billy Waterman as a person of interest in the death investigation, and anyone with information on his whereabouts is asked to contact their local police.

Waterman is a white 51-year-old man who is 6 feet tall and weighs 160 pounds. Police said he has blue eyes and red or balding hair.

It’s unclear if the Watermans left the Devil’s Slide area on foot or by other means.

Eve Batey contributed to this report