SF Shoots: They Call Him The Streak (NSFW If Your Work Frowns On Butts) 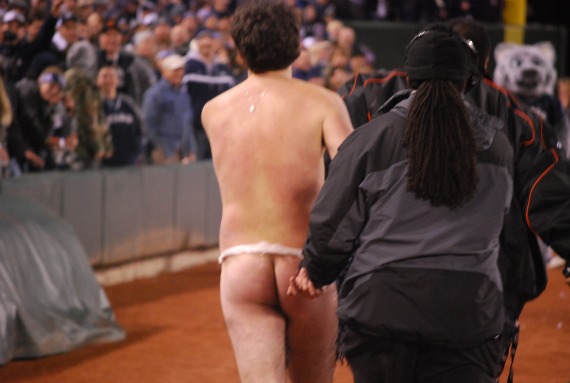 What’s more collegiate than streaking? Skipping class in order to do it, but since there’s no classes during winter break on a Sunday night, this — presumably, judging by from where he emerged — young Nevada fan chose halfway through the fourth quarter of the former San Francisco Bowl (it’s now Kraft’s, so hands off) to run onto the field of play, naked.

Unfortunately, he was tripped on his way onto the turf by one of the members of the sideline crew, making it easy for security to tackle him and lead him away.

“But he didn’t even try that hard,” one observer observed. “When you get onto the field, you’re supposed to RUN — he just sort of gave up.”

Television viewers missed it as broadcast media tries to discourage this kind of tomfoolery. Not so us. 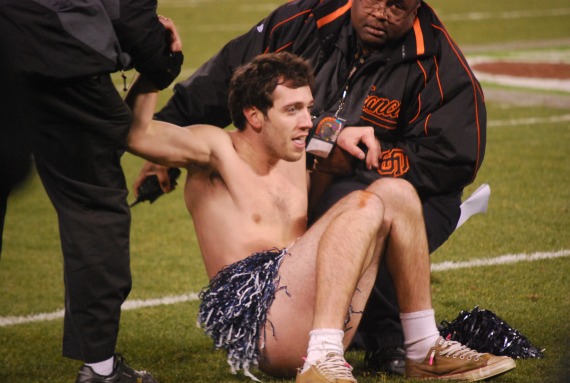