MP3 of the Week: Smith Westerns 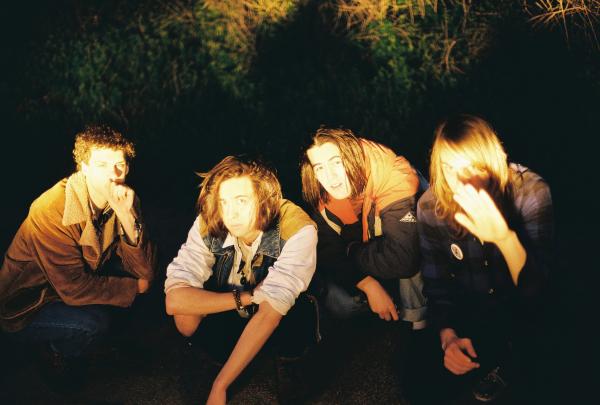 I don’t know how it took me this long to discover Smith Westerns (their debut LP, The Smith Westerns, landed in August ’09 – about a decade and a half ago in blogosphere years), but thank god. These Chicago kids light a real fire under the music that I have been listening to.

Teenagers at the time of The Smith Westerns‘ recording, they are the fresh-faced alternative to their rowdy, drunk and drug-addled cousins The Black Lips; the innocent counterpart to their college-graduated, soul-searching older brothers MGMT; the youthful glimmer in Girls frontman Christopher Owens’ rapidly aging memory.

Still, I would not want these boys anywhere near my (hypothetical) daughters, cause when they sing, in a drippingly salacious croon borrowed directly from T. Rex’s Marc Bolan, the chorus to “Girl In Love,”

they’re not wooing, or even wishfully thinking. They’re convincing, and their aim isn’t anything that couldn’t be accomplished in the upstairs closet, the backseat of a sedan if necessary.

My copy of The Smith Westerns lists under genre “garage pop.” Pop, no doubt, because Smith Westerns take their song structure from non-experimental classic and glam rock work of the past fifty years; garage, because the album is mightily lo-fi, recorded at speaker-blowing recording levels. The older couple down the cul-de-sac will recognize this as music; they will even, through their irritation, detect its charm. But the police will still be called.

I think the aptness of “garage pop” extends further than that, though. In America, the garage has been a boys’ sacred place. When dad hauls his hard-earned auto – that well-kept symbol of male American freedom and individualism – off to work, the teenage kid and his buddies drag amplifiers into the void and fill the space with fuzzily distorted songs about wanting, loving and fucking, sung in pop music’s artfully coded language.

It’s an entirely different kind of interiority than the one Bethany Corsentino from Best Coast occupies – that hazy, carpeted apartment (this is how I imagine it), with the cat and the sofa and the TV and the phone she keeps on waiting waiting waiting to ring.

What they are wanting – these two artists – appears to be about the same (a girl and a boy, respectively), but the spaces that their music makes are so different. Bethany’s apartment can sound so awfully lonely. Smith Westerns’ garage is not where the loneliness happens; it is where the loneliness is pounded and strummed into song in a fraternal consecration, a testosterone-fueled catharsis.

All of these thoughts are pretty much encapsulated by the following: I can (and extremely frequently do) listen to Best Coast on headphones; I cannot listen to Smith Westerns on headphones.

Enjoy two fantastic tracks from their now well-aged debut and one from their upcoming (January 18th!) higher-fidelity sophomore, Dye It Blonde, all off the ol’ hype machine.

Girl In Love
Be My Girl
Weekend

And don’t miss them when they hit Bottom of the Hill on February 13th! In other excellent SF concert news, Best Coast and Wavves hit The Regency Ballroom on February 26th!