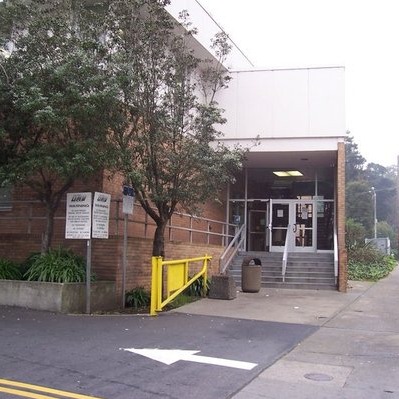 An employee of the Department of Motor Vehicles in San Francisco resigned Wednesday after it was discovered that he allegedly sent a letter condemning a transgender woman who was registering for a sex change, a DMV spokesman said today.

Amber Yust, 23, filed a damage claim on Dec. 9 against the California DMV in response to the alleged behavior of the employee, Thomas Demartini.

Demartini had been put on administrative leave after details of the incident came to light, he said.

“This in no way diminishes the absolute severity of the situation,” he said. “(Demartini) acted well outside the course and scope of his duties, and we recognize this was a totally unacceptable and wholly unauthorized behavior by what is a now former employee.”

The ordeal began in October when Yust visited the DMV office at 1377 Fell St. to change her driver’s license to reflect her transitioned gender identity, Yust said last week.

She was turned away by Demartini because he said there was a “records mismatch” between her identity on government record and the information she wished to put on her new driver’s license, Yust said.

Yust went back to the Social Security office for proof that her name change had been made official. She provided this proof when she returned to the DMV office on Oct. 21, and Demartini “reluctantly” processed the license alterations, she said.

The Most Holy Family Monastery said they have no idea who Yust or Demartini are and insist they had no hand in mailing the pamphlet and DVD that Yust received.

Marando said the DMV is viewing the case as an isolated incident of someone going against department policies.

The DMV will “continue to take measures to ensure not only that all employees work in a professional manner, but that customers are treated fairly and equitably as well,” he said.

The damage claim filed last week by Yust’s lawyers is the first step in bringing a lawsuit against a government agency accused of wrongdoing. The DMV has 45 days to respond to the complaint.

Yust is seeking damages for emotional distress, as well as a court-ordered injunction forcing the DMV to ensure that similar information leaks don’t take place in the future.

“Our department has very high standards, and this is something we have been taking seriously these past weeks,” Marando said. “We’ll continue to reaffirm our policies moving forward.”