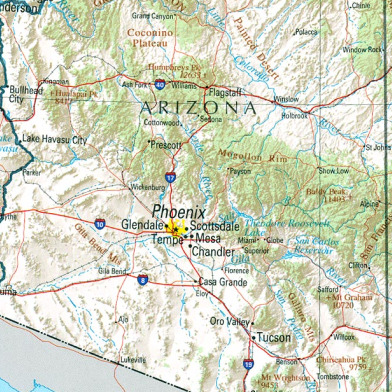 Hundreds of protesters who oppose Arizona’s controversial immigration law blocked streets this morning outside the federal courthouse in San Francisco where a hearing on the law was under way before the 9th U.S. Circuit Court of Appeals.

The protesters marched to the courthouse at Seventh and Mission streets, where a small group of the law’s supporters had gathered.

At about 10 a.m., demonstrators spilled into Seventh Street, blocking traffic.

The protest was organized in part by the San Francisco-based Interfaith Coalition for Immigrant Rights. The Rev. Joellynn Monahan, of the United Church of Christ, was among the participants.

“My experience with immigrants, both documented and undocumented, is that they are overall good, hardworking people who support the infrastructure of our communities,” she said.

Opponents of the law carried signs reading, “Si, se puede,” or “Yes we can,” and “Arizona’s racist law, we say no.”

Ginger Westfall, of Fremont, was among the supporters.

“The federal law should support the Arizona law,” she said.

“I think that sanctuary cities are established outside the law, and it weakens the belief in the law and the trust in the law,” he said. “I think it’s within (states’) rights to defend their borders.”

A three-judge federal appeals panel this morning heard arguments on Arizona’s appeal of a ruling that blocked key parts of the law.

The state is appealing a preliminary injunction issued by U.S. District Judge Susan Bolton in a lawsuit filed by the U.S. Justice Department.

That panel’s eventual ruling can be appealed to an expanded 11-judge panel of the circuit court and then to the U.S. Supreme Court.

Among other provisions, Bolton’s preliminary injunction blocked a requirement that Arizona police must determine the immigration status of people whom they arrest or stop for other reasons and reasonably suspect of being in the United States illegally.

It also halted a provision requiring non-citizens to carry immigration documents with them and making it a crime if they don’t.

If upheld, the preliminary injunction would remain in effect until a full trial is carried out in Bolton’s court on the Justice Department lawsuit.