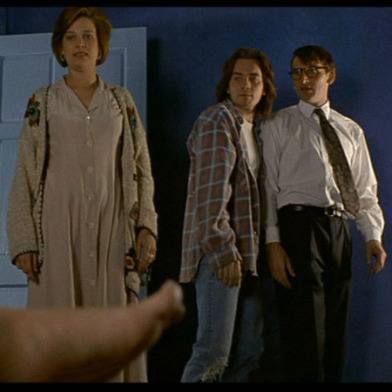 There are probably some places where the idea of living with roommates well into your 30s is thought of as a failure on the same level as Spaniards’ proclivity for living with their parents until something better comes along, or until someone dies. But this is not some other place or Spain (thank God) this is San Francisco.

While Virginia Woolf may have liked the idea of a room of one’s own, a San Franciscan does not, and long after the San Franciscan has settled into a career and is making enough money to afford their own place, you will still find them living with roommates.

In fact, living alone at any stage of life is the San Franciscan’s only true road to pariahdom, because it will make everyone think they are a serial killer who killed all their roommates or worse that they never had any roommates to begin with.

Of course, actually finding a roommate is more difficult than getting a job at Google, and where better to get started on both things than Craigslist? Often the posters will want you to write a brief personal essay on what you would bring to the living situation, and then present it to a panel of experts.

This can be nerve wracking, but don’t fear, there are only a few things they actually care about. Like Goldilocks, they want their roommates just so: clean enough to take their cereal bowl to the kitchen after Mad Men, but not so clean that they want to pause the show in order to wash it, good-looking enough to not be an embarrassment to them when their real friends come over, but not so good-looking that they become the embarrassment, 420 friendly, but not 420 best friendly, funny like Mitch Hedberg, but not funny like Blue Collar Comedy Tour.

And don’t be afraid of cross-gendered situations! Persons of the opposite sex, who are not romantically involved, can often be seen living together platonically. New girlfriends who may be wary of the American Apparel model in the top bunk are assured that while she was almost certainly a girlfriend in the past (this is San Francisco, Land of 1000 Exes, after all) she is now a roommate, a relationship which apparently confers on itself the same revulsion as the idea of coupling with a sibling or parent.

Like Woody Allen marrying his adopted daughter, having sex with your roommate may not be illegal, but it’s still pretty nasty.