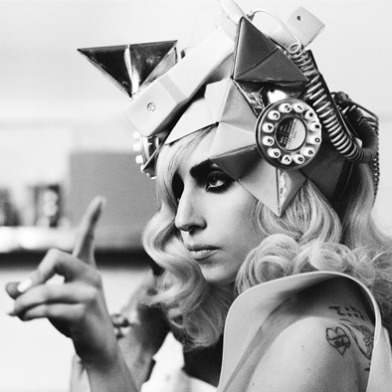 I generally take nasty blog comments very personally. For years, my friends and editors have told me to ignore them, but every month or so, there’ll be one or two that break my heart a little. I can’t help it. I’m a sensitive, thin-skinned wimp about these things. It comes with the territory and I just have to take it.

Unless, of course, someone fucks with my family.

There are two things I just want to state up front:

1. I’ve written snarky things about folks for a long time. I should be able to take it because I sure love dishing it out. That being said, I like to think I’ve got a fair sense of where the line is, and if I cross it I apologize.

And 2. My father has been involved in politics for a long time. Since he’s retired from public office, he now writes a column for the Marin Independent Journal. I’ve definitely come across people who’ve got a big problem with his opinions and while I think my father is brilliant, wonderful and magical in every way, I’m used to some nerd disagreeing with him about small town potholes and street signs. I don’t really give a shit.

Last week, I wrote a post on my personal blog about driving home from Easter dinner at my family’s home in Mill Valley. The first comment came from Marin activist Jonathan Frieman, who said the following:

Beth, you gotta get your dad to do research on what he writes. Twice within the last two months he’s written stuff in the I-J which omits salient info.

The first was when he finally touted publicly funded campaigns (PFC’s) but neglected to cite that there’s an initiative on this June’s ballot which’ll return PFC’s to all levels in California. He looked like a fool omitting that info.

Today’s was the worst. He cites an AG’s opinion of “some years ago”–actually from 1974, making it older than you–which has been legislated out of legal standing. Not good legal work, and your dad once yelled at me on the phone, “I’m a lawyer!”

Worse, he used that shoddy work to turn his column into a hit piece against Shelly Scott, who’s running for Assessor against Dickie’s good friend. And worst of all, your daddy doesn’t say he got that irrelevant piece of info from his good friend.

He’s becoming the laughing stock of Marin. Wait, he already is.

There’s some boring background here. A very old family friend, Bruce Raful is running for Marin County Assessor against two opponents, one of whom Mr. Frieman appears to be endorsing. I’ve never cared in the slightest who the Assessor of Marin is, although I’ve known and loved Bruce since I was born. So you know, I’m on Team Raful. Not that I’ve ever said a goddamn word about this anywhere on my blog.

You know who has written about the Marin County Assessor’s race? My thick-skinned, experienced father with his own comments section.

So I decided to call Mr. Frieman, who so generously provided the public with his phone number.

I’ve always had a fantasy of calling a nasty commenter before and saying, “Hi. This is Beth Spotswood. I’m calling to talk about your comment on my post.”

Well, folks, I just lived out that fantasy and it was a goddamn memorial homage to Julia Sugarbaker.

Mr. Frieman answered right away. “Hi Beth, How are you?”

The nut had caller ID, a technology that negated my opening line. “I’m well, Mr. Frieman. I’m calling to discuss your comment on my blog.”

“I’m curious as to why you thought it appropriate to leave that comment on my blog as opposed to on the IJ.”

He took a deep breath. “Well, yes. That’s a fair question.” He spoke slowly and sounded old. “I had heard you were a strong person. So initially that is why I left the comment.”

He continued, “But then I thought about it later that night and realized it was inappropriate. I apologize.”

Gasp! He apologized! Well, that’s great and all, but I wasn’t done.

“Do you only attack the adult children of reporters you disagree with?” I asked. “Or do you go after little kids too?”

It was my turn to take a deep breath. “Here’s the thing, and I want to be really clear. I’m going to write about this, because, well, it’s really weird. And adult to what I’m assuming is adult, I need to ask that you never attack me or my family again. It is offensive, it is sick and your comments were really upsetting. My post was about celebrating a holiday with my family and you used it to attack us. I think your choice of venue was incredibly bizarre.”

I couldn’t stop. I just kept going. I’ve been writing a blog for 5 years and suddenly my anger at every nasty comment was coming out on Jonathan Frieman, crazy, suburban, low-road activist. Looking down as I sat in the hallway outside my day-job office, I could see that I was shaking. I wasn’t some jaded blogger rolling my eyes at a cruel comment. I was fighting tears as I spoke with a man who called my father names.

By bringing his vitriol to a post about my family, Mr. Frieman wasn’t commenting on a political columnist with whom he disagreed. He was commenting on my Daddy, my hero, my biggest supporter and protector. He was attacking my family and there is no way in hell I will ever let this asshole off the hook.

“Again, I just want to be really clear. Your attack is completely inappropriate and unacceptable. I take comments about my family very, very personally. Never contact me again (I called him, he could have pointed out) and stay away from my blog (It’s the goddamn internet. I’m asking for it, I’m well aware.)”

Very quietly, he said the occasional, “I understand” and “Okay. You’re right.” And when I finally said, “Do we understand each other?” he responded, “Yes…Enjoy your week, Beth.”

And that was that.

I ran back into my office, relayed the conversation to my co-workers and called my father who seemed entirely unfazed by the whole thing.

I guess it felt good to give this nasty commenter a piece of my mind. But it was a little bit like getting in a screaming match with a crazy person on the street. I mean, Mr. Frieman is probably still a nut that hates my father. That being said, I love that he left his phone number. God, if everyone did that, I could sell tickets.