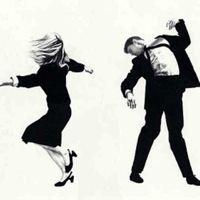 In San Francisco (OK, Berkeley’s just as guilty) everybody’s always trying to find the next big music-related thing before everybody else just to say they did. Some might call it “hipsterism” but if there’s one thing hipsters hate more than the mainstream, it’s the word “hipster,” so I’ll just say that people like to be up on stuff. With that in mind, trust me when I say that this week, we’ve hit the jackpot.

Even Pitchfork could find almost nothing about this New York-based duo, who oh-so-clever-and-ironically call themselves “Cults.” Pretty straight to the point, I guess. Their one known song so far is a pleasant, reverb-y listen and perfect for anyone who’s been cooped up inside and just wants to frolic for a bit in the sunshine. Basically, it’s accessible for anybody.

But you don’t have to let people in on that. Just tell them you’re listening to this rad new band you found and explain pseudo-apologetically that you’ve got kind of obscure tastes. It’ll be our little secret.

Listen to “Go Outside” here!