Hell on Two Wheels: No Money Down, Low APR on Bike Loan! 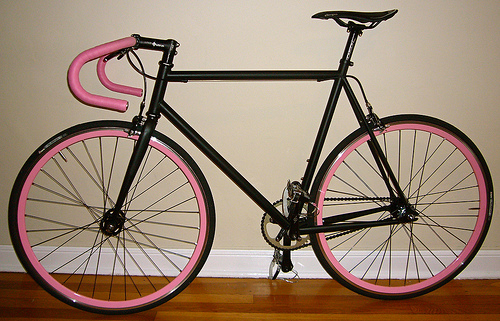 I’ve been a bit under the weather lately, so in lieu of a full column, just wanted to pass along a hot tip for readers living in the Mission: If you’re looking to buy a bike, maybe to commute to one of these “jobs” that are rumored to exist, then Mission SF Federal Credit Union offers “bike loans,” just like other banks might offer car loans (they offer car loans, too). And they are quite affordable — an $800 loan towards a bicycle can be paid off in nine months at $93 a month. Which, if my math is reasonably correct, is half or less than the interest rate you’d pay to charge one to a credit card and carry the balance for that amount of time.

They’ll loan up to $2,500, which could buy you quite the performance machine, but $800 is enough to get you a basic single-speed from the folks at Mission Bicycle Company and quite a bit of ride nearby at Valencia Cyclery. And $93 a month isn’t that much more than the full-rate Fast Pass from Muni, frankly. Plus it’s a good opportunity to build your credit rating while keeping your money, ahem, cycling through the neighborhood community.

Mission SF FCU is open to anyone living in the greater Mission, Excelsior and Bay View neighborhoods and I have it on good authority they’ll soon be offering debit cards and online banking. I was motivated to join after getting dinged for yet another $35 overdraft fee for a $2 cup of coffee by Bank of America, and if that isn’t reason enough to ditch your big corporate bank, maybe fronting you the money for a sweet ride will. And you get a free lock to protect your investment!

Any credit union members elsewhere in the city know of similar programs in their neighborhood? Do let folks know in the comments.

Jackson West could have bought four or five bikes with all the fees Bank of America charged him.