The Bright River Flows in the Right Direction 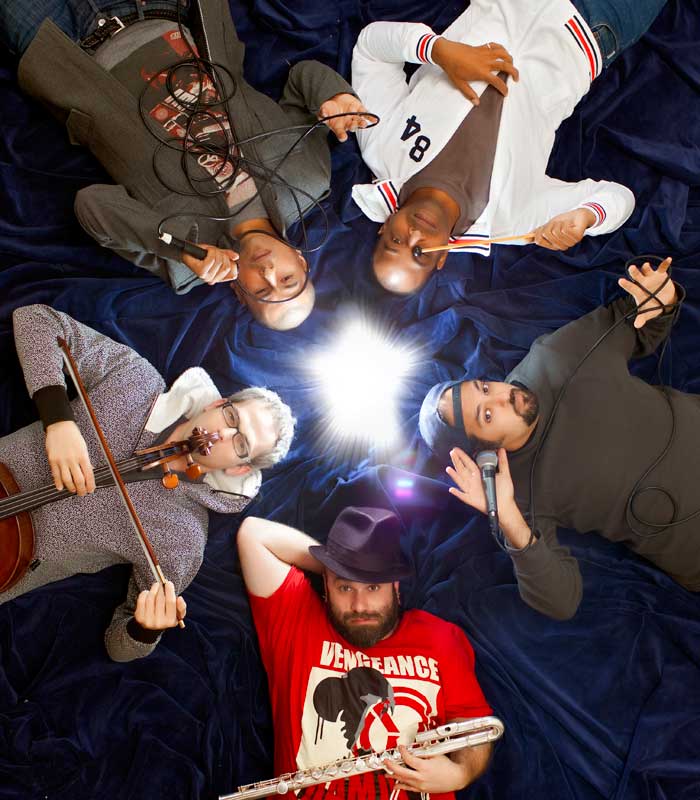 The phrase “the medium is the message” is one of the most potent aphorisms regarding communication in the last fifty years and it covers a lot of territory. Certainly The Bright River, a hip-hopera created by Tim Barsky who also portrays the pained, outspoken, morphing guide through the afterlife, a world sadly similar to our own.

The Bright River is a brave and theatrically progressive venture because it unifies several disciplines into one production; acting, singing, rap and beat-boxing. And while the elements of communication are not “traditional”, their employment is electrifying. Mr. Barsky is a talented musician, is a great presence and has no difficulty carrying the show, the only obstacle is the actual story which, at times, can be demonstrative.

The Bright River is a noiresque journey into the afterworld, a place that has taken on the qualities of our own realm due to an existential blurring of realities. Quick, an afterlife “fixer”, has been hired to find a lost soul, Calliope, who took her own life following the death of her love, an American soldier in Iraq. On the way he meets a raven born in prison and lost souls in purgatory (a bus station). The elements are all there, but they fail to come together to reinforce the power of the full allegory.

The good news is that the music and the theatricality of the show is enough to cover any lapses in narrative. Carlos Aguirre deserves a special mention here as a the human beatbox. He single-handedly proves that entertainment is not only a two-hundred million dollar spectacle but also one man and a microphone who can create an entire world with just his mouth. The show also flourishes under the direction of Jessica Heidt, who created a landscape of both dull decomposition and enthusiastic rebellion.

In the artist’s statement for The Bright River, Tim Barsky writes “We hit a wall, and to this day I can’t exactly tell you what it was composed of. But the sense of having ended up back where you started, no further along and half-broken by the process, was breath taking.”

While the artist was speaking of the process of creating this show, I can’t help but feel that sentiment watching his performance: breath taking and somehow half-broken. In any case, this is a show that is not only a glimpse into the imagined afterlife, but also possibly the future of theater.

What: The Bright River: A Mass Transit Tour of the Afterlife
Where: Brava Theater Center
When: January 8 – February 27
Tickets: $17-35, buy here