Pansy Division’s Jon Ginoli Gets “Deflowered” at the Booksmith

It’s impossible to describe Pansy Division unless you’ve seen the queer punk rock band play live; musicians so skilled they’re riveting, tight and virtually flawless. Songs and lyrics that entertain, make you want to move, make you crack up so your face hurts from smiling by the end of the show. And then, your consciousness got raised just a notch higher when you weren’t even paying attention, because you were having so much fun. Pansy Division emerged when there were no queer bands on the scene, and instead of writing angry backlashy anti-homophobia songs, they’d take a topic and make it funny. Like in their song “Pat Me On The Ass” about sports homoerotic/homophobia — which lead singer Jon Ginoli performed live at The Booksmith in Upper Haight last night. 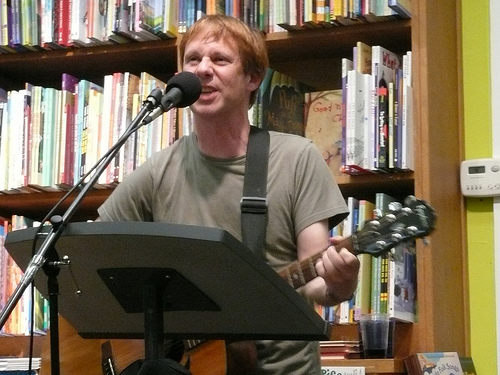 Launching his new book “Deflowered: My Life in Pansy Division” (and extensive US book tour), Ginoli spoke, then picked up a guitar and thoroughly entertained the packed crowd. We can expect that every signing will be this much fun — and what an experience bookstores across the US are about to get. 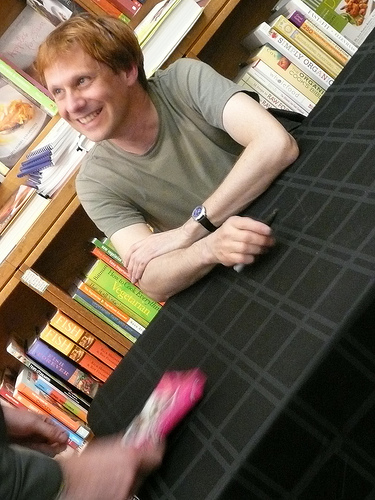 But it’s all about “Deflowered” — a must-read, even if you’re not “into” queer music or politics. Or even kinda gay. It’s just a great book. In “Deflowered,” Ginoli takes us with him as he forms the world’s first openly gay punk band, and the extremes he and they experienced, from encounters with Nirvana, opening for Green Day and coming face to face with homophobic fans. And yes, he also dishes on the band fights, groupies, sex, drugs, and more sex, and there are photos throughout the text. Highly recommended, and a terrific event at a fantastic bookstore. 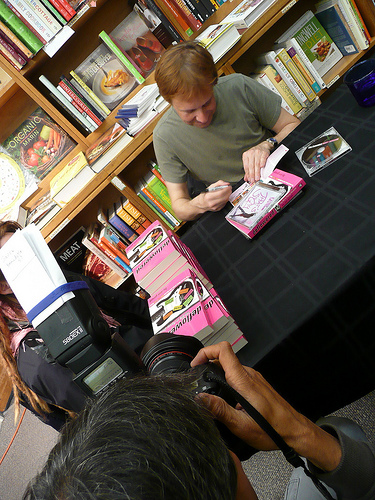