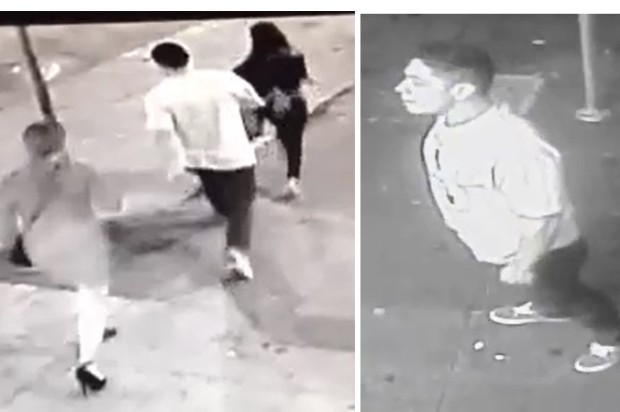 Investigators are asking for the public’s help locating a suspect in an assault that left a victim with life-threatening injuries last week in the Mission District, according to San Francisco Police.

The assault occurred at the intersection of 16th and Valencia streets around 2:12 a.m. Sunday, March 27.

The suspect was seen headed east toward Mission Street with two women. They crossed from the south side of 16th Street to the north side of the street near Julian Avenue, according to police.

He was described as a Latino man, roughly 25 to 30 years old, wearing a light blue t-shirt. The women involved are also persons of interest, police said.

Investigators are asking anyone who knows the identity of the suspect or may have been near the scene of the crime and observed suspicious activity to call Sgt. Benzinger at (415) 558-5400 during business hours.