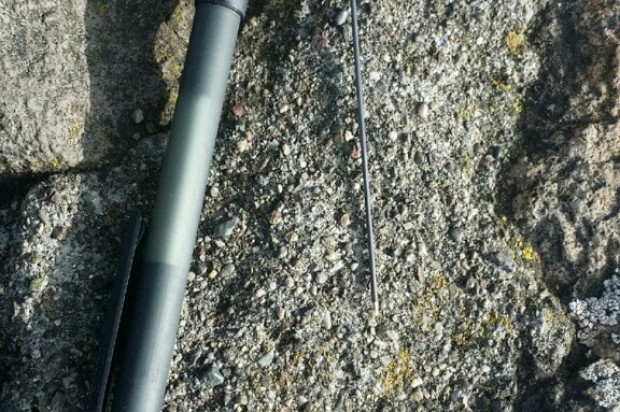 Two pedestrians were shot with metal darts from a blowgun while walking on the Golden Gate Bridge Monday afternoon, according to the California Highway Patrol.

Around 2:45 p.m. a bicycle office patrolling the bridge was flagged down in the Golden Gate Bridge Vista Point parking lot by a man who had been shot in the thigh with a dart, which penetrated one to two inches, according to the CHP.

While they were talking with him, a second victim approached and said she’d been shot in the knee by an identical dart, officers said.

Both victims were treated by paramedics and released at the scene.

The darts are roughly 5 inches long with a white plastic cap on the back end, according to officers.

Both victims had been walking north on the east sidewalk, and investigators believe they may have been shot by an individual traveling across the span between 2 p.m. and 2:30 p.m.

Investigators are working to determine whether the act was caught on camera. Anyone with information about the incident is asked to contact the CHP at (415) 924-1100.