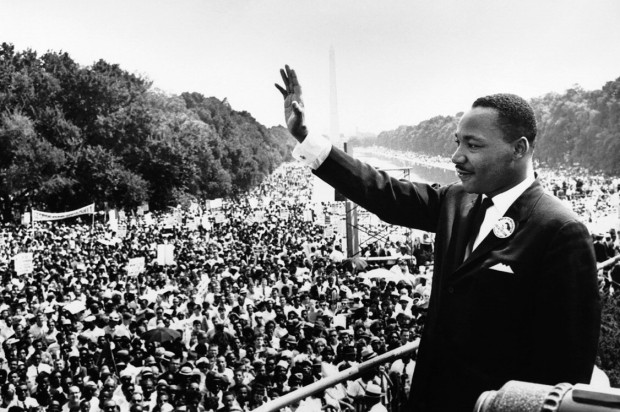 A variety of free events will be held today in the Bay Area to commemorate the legacy of Dr. Martin Luther King Jr.

Caltrain’s inaugural “Celebration Train” was scheduled to depart at 9:45 a.m. from the San Jose Diridon Station with stops in Palo Alto and San Mateo before it reaches San Francisco at 10:55 a.m.

Activities are available for passengers on the ride, which is free and hosted by the Northern California Dr. Martin Luther King Jr. Community Foundation.

An 11 a.m. march in San Francisco will honor King, who led a group from Selma to Montgomery in Alabama more than 50 years ago during the civil rights movement.

The 1.5-mile route starts from the San Francisco Caltrain station at Fourth and Townsend streets, continues to the Lefty O’Doul Bridge and ends with a celebration at Yerba Buena Gardens.

In Oakland, a 10 a.m. multicultural rally under the theme “Non-Violence, Education and Justice” was scheduled at the International Longshore and Warehouse Union hall at 99 Hegenberger Road.

The Anti-Police Terror Project will end its 96 hours of Direct Action with an 11 a.m. march starting at 14th Street and Broadway in Oakland to the Bay Street shopping mall in Emeryville.

The group is calling attention to the dozens of fatal officer-involved shootings throughout the Bay Area in the past year and is marching to “reclaim the radical legacy” of King, according to a post on its website.

Volunteers will be giving back with a ninth annual Martin Luther King Day of Service event that started at 9 a.m. in Richmond.

The event will include mulching, weeding and planting at the Richmond Greenway at Eighth and 16th streets between Ohio and Clansor avenues.